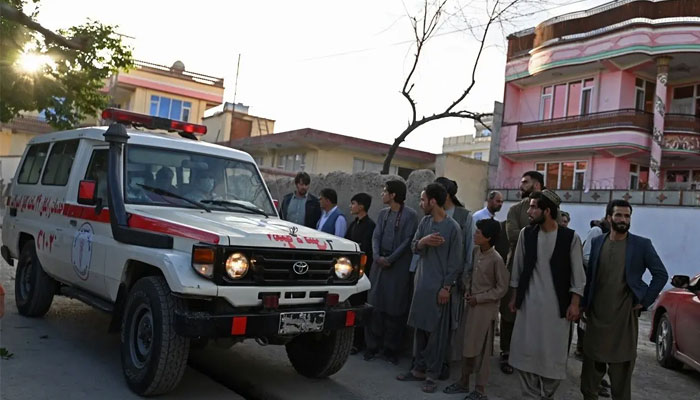 KABUL: A blast outside a mosque attended by Taliban members in the Afghan capital killed four people minutes after Friday prayers had ended, according to a hospital.

The explosion occurred near the entrance of Wazir Akbar Khan mosque, not far from the fortified former Green Zone that housed several embassies before the Taliban seized power in August last year.

The mosque is now often attended by senior Taliban commanders and fighters.

Italian non-governmental organization Emergency, which operates a hospital in Kabul, said it had received “14 casualties” from the explosion.

“Four of them were already dead on arrival,” it said on Twitter.

Unverified images posted on social media showed a mangled car engulfed in fire on a road outside the mosque.

Kabul police spokesman Khalid Zadran confirmed the blast and “casualties”, but did not provide details.

A bomb ripped through the same mosque in 2020, killing its imam.

While overall violence has significantly dropped across Afghanistan since the war ended with the Taliban returning to power, there have been regular bomb attacks in Kabul and other cities.

Several mosques and clerics have been targeted in these attacks, some claimed by the jihadist Islamic State group.

Two Russian embassy staff members were killed in a suicide bombing outside the offices earlier this month, the latest attack in the capital claimed by the group.