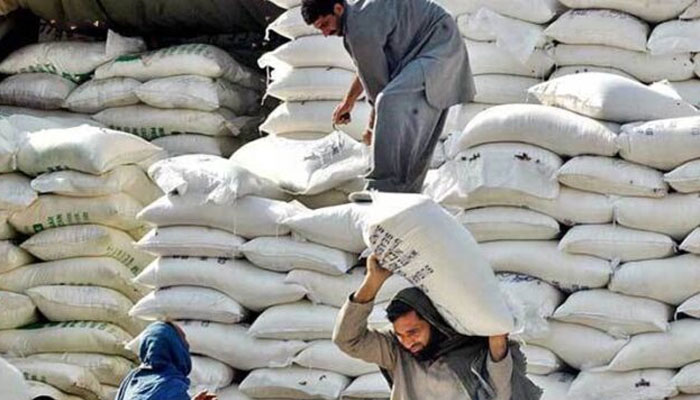 KARACHI: Sindh government has started releasing wheat quota to flour mills across the province in a bid to stabilize flour prices.

According to details, Sindh government would release 56,000 metric tonnes of wheat quota to flour mills till September 30. The release of wheat would ultimately bring down the flour prices in the open market, officials said.

However, the flour mills in plea bargain with National Accountability Bureau (NAB) would not be provided with a wheat quota. The wheat was being released at discounted rate of Rs58.25 per kg.

Flour mills in Karachi would get 22,400 metric tonnes of imported wheat, while the respected quota will be issued to mills in Sukkur, Larkana, Shaheed Benazirabad and Mirpurkhas.

The officials claimed that the retail price of flour in Karachi has reached Rs100 while chakki flour was being available at Rs110 per kg.

While talking to private TV channel, KWGA Chairman Abdul Rauf Ibrahim revealed that the country is likely to witness a flour crisis in the coming days. He said that the flour prices are likely to be jacked up by Rs200 per kg.