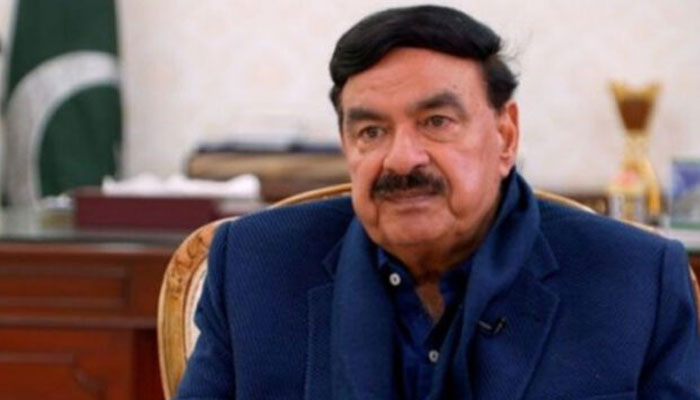 According to reports, the former federal minister filed a complaint with the Waris Khan police station against unnamed individuals after receiving threatening phone calls. Sheikh Rasheed stated in the application that he had been receiving threats of kidnapping and murder on his cell phone for several days.

The AML chief claimed that he had notified the authorities by sending the callers’ mobile phone numbers. He did not, however, specify anyone or any department in his application.

Following the complaint, the police filed a (FIR) under Section 25-D of The Telegraph Act, 1885 (punishment for causing annoyance), which also included allegations of threatening to kill.

Former interior minister alleged the day before that he received a ‘threatening call’ on the landline number of his residence Lal Haveli. ‘I have filed a report about the threat call, and I have also contacted relevant officials,’ Sheikh said.\

It is pertinent to mention that Sheikh Rasheed requested the Islamabad High Court (IHC) on Thursday to annul a total of 68 appointments on the posts of ministers and assistants.

Moreover, Sheikh Rasheed’s lawyer submitted in the petition that only 11 percent of the total members of the assembly can become ministers. Under Article 92/1 the current number of Federal Cabinet is illegal.

The former federal interior minister requested in the petition that the court annul the appointments of excessive ministers and assistants as per the laws of the constitution.

According to the petition submitted in the court by Sheikh Rasheed’s lawyer, ministers and assistants should be stopped from work till the final decision is given by the court on the petition.