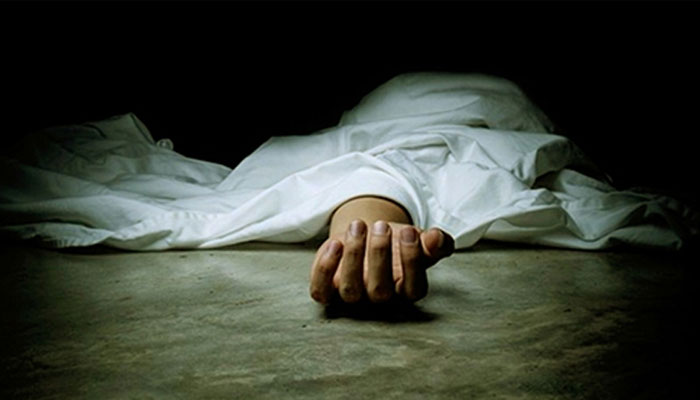 ISLAMABAD- Ayaz Amir’s son mercilessly murdered his wife by repeatedly hitting her with a dumbbell in Chak Shahzad on Friday.

Accused Shahnawaz, who is the son of renowned journalist Ayaz Amir, used his gym dumbbell to strike his 37-year-old wife Sara Bibi in the head with continuous blows, sources in police said.

The officials added that a team comprising senior officers from Islamabad’s homicide division along with forensic experts are at the crime scene and combing it for clues and evidence.

The police refused to offer further information, stating that they were still investigating the matter.

Meanwhile, the body found from the house has been taken into custody and shifted to a hospital for further processing. 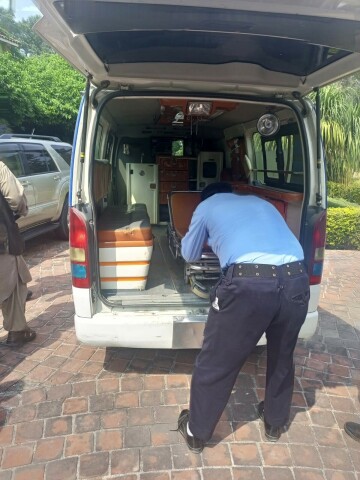 The police have arrested Shahnawaz and shifted the dead body of his wife to Polyclinic Hospital for post-mortem.

Reacting to the news, senior journalist Ayaz Amir said “Whatever happened with my daughter-in-law should not happen with anyone else.”

“I can’t explain how I received this news,” he said.

When asked was his son an addict, Ayaz Mir said “These are now legal things on which I cannot comment. I pray nobody faces such a shock.”