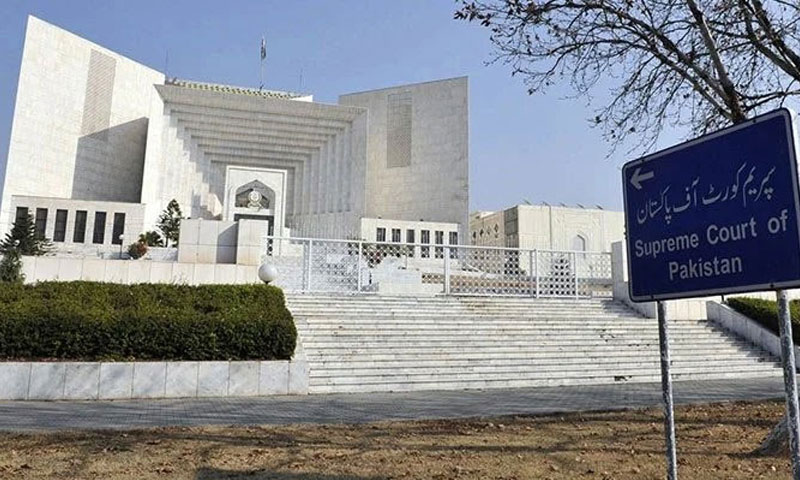 ISLAMABAD: Supreme Court (SC) has advised Pakistan Tehreek-e-Insaf (PTI) to reconsider its decision to resign from the National Assembly.

A two-member bench of SC comprising CJP Justice Umar Ata Bandial and Justice Ayesha Malik heard the PTI’s petition regarding the acceptance of its resignations from NA in one go.

PTI’s counsel Faisal Chaudhry in his arguments before the court said the National Assembly speaker cannot approve MNAs resignation phase-wise, they should be accepted in one go.

To this, CJP Justice Bandial remarked that SC cannot dictate to Parliament on the process of acceptance of resignations. “We cannot interfere in internal matters of the Parliament.”

CJP remarked SC cannot do anything in the matter and advised PTI counsel to present his arguments on Article 69 as it is the only way that the court will listen to the matter.

The SC advised PTI to return to Parliament by taking back their resignations from the NA and gave time to take directions from PTI chief Imran Khan on the appeal.

During the hearing, CJP said PTI should play its role in the Parliament in this testing time, millions of people are suffering from floods. The economy of the country has been badly damaged in the floods.

Do you have any idea how much it will cost to hold by-polls on 123 NA seats? CJP Bandial asked PTI counsel.

Justice Ayesha Malik in his remarks said you (PTI) is asking to interfere in Parliament’s matter which will surely set a bad precedent.

Later, SC adjourned further hearing on the case for an indefinite period.

Over 22300 Coronavirus patients have so far recovered

Pakistan FM in Muscat for condolences over Sultan Qaboos death