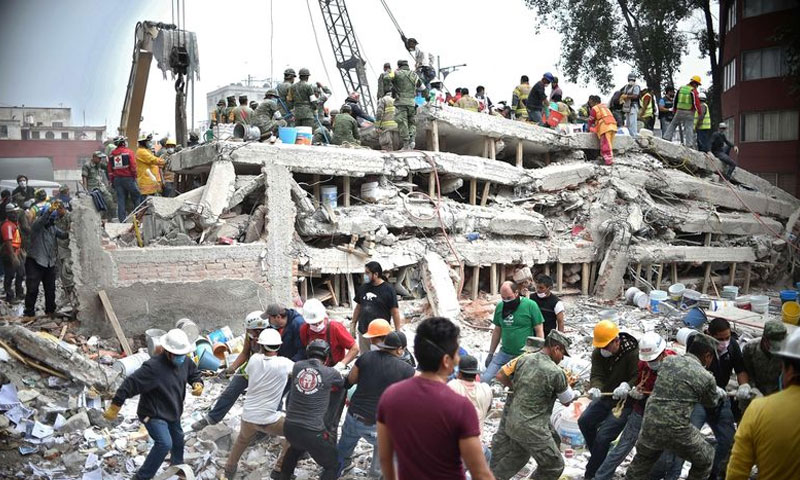 As per authorities, the two victims died in the Pacific port of Manzanillo—one crushed by the facade of a department store while another was found dead at a mall.

The US Geological Survey (USGS) said the quake was registered at 7.6 magnitude and struck in the state of Michoacan at a depth of 15 kilometres.

The strong quake damaged several hospitals in the western state of Michoacan near the epicentre. Mexico City Mayor Claudia Sheinbaum said there were no immediate reports of major damage in the capital after the tremors.

The earthquake rattled western Mexico on the anniversary of two devastating tremors, that occurred in 1985 and 2017. Thousands of people were killed in the 1985 earthquake and more than 350 died in the 2017 quake.

The National Autonomous University of Mexico said there was no scientific explanation for three major quakes on the same day and attributed it to coincidence.

After the earthquake, the US Pacific Tsunami Warning Center issued a Tsunami warning for parts of Mexico’s coast as waves reached 3 to 9 feet.

Kashmiris in IOJK fear shortage of commodities of daily consumption