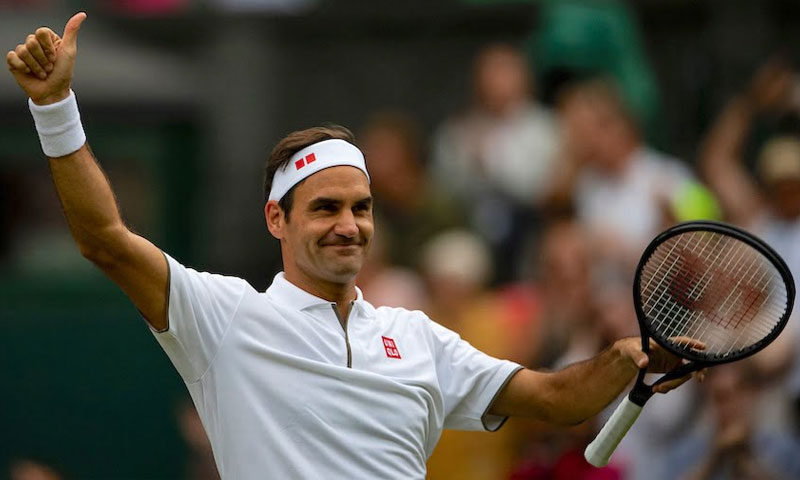 Roger Federer, regarded by many as the greatest male player to wield a tennis racket and who took the sport to new levels during a career spanning more than two decades, has announced he will retire after next week’s Laver Cup in London.

The 41-year-old, who won 20 Grand Slam singles titles and re-defined a sport with his artistry and grace, broke the news tennis fans across the world have feared in a lengthy statement on Thursday.

A knee injury meant he has not played a match since losing at last year’s Wimbledon although many still believed he could come back for one last golden farewell.

But he said his age had finally caught up with him.

“As many of you know, the past three years have presented me with challenges in the form of injuries and surgeries,” Federer said in an emotional statement posted on Instagram.

“I’ve worked hard to return to full competitive form. But I also know my body’s capacities and limits, and its message to me lately has been clear. I am 41 years old.”

“I have played more than 1,500 matches over 24 years. Tennis has treated me more generously than I ever would have dreamt, and now I must recognize when it’s time to end my competitive career. The Laver Cup next week in London will be my final ATP event. I will play more tennis in the future, of course, but just not in Grand Slams or on the tour.”

Federer, who dominated men’s tennis for several years after winning his first Grand Slam title at Wimbledon in 2003, has been troubled by injuries in recent years.

He has undergone three knee operations in the last two years and his last competitive match was a quarter-final defeat against Poland’s Hubert Hurkacz at the 2021 Wimbledon.

Federer had offered some hope to his legions of fans when he said he planned to return to the tour after teaming up with long-time rival and friend Rafa Nadal to play doubles at the Laver Cup in London next week.

He had also planned to play at the Swiss indoors tournament at home in Basel.

“This is a bittersweet decision, because I will miss everything the tour has given me,” Federer, who has two sets of twins with wife Mirka, added.

“But at the same time, there is so much to celebrate. I consider myself one of the most fortunate people on Earth.

“I was given a special talent to play tennis, and I did it at a level that I never imagined, for much longer than I ever thought possible.”

Federer first served notice of his special talent when he beat American great Pete Sampras on his way to the quarter-finals at Wimbledon in 2001.

He also holds the record for 237 consecutive weeks as world number one and the only omission from his glittering CV is an Olympic singles gold medal, losing to Andy Murray in the 2012 final.