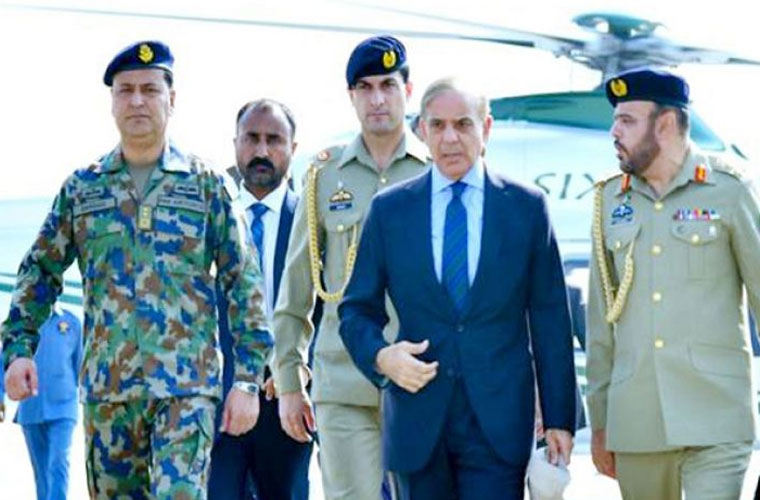 SAMARKAND: Prime Minister Shehbaz Sharif has left for Uzbekistan on a two-day visit to attend the annual summit of the Council of Heads of State (CHS) of the Shanghai Cooperation Organization (SCO) being held on September 15-16.

In a tweet prior to his departure, the prime minister said Pakistan reiterated its commitment to the ‘Shanghai Spirit’. “Mutual respect and trust can be the bedrock of shared development and prosperity,” he added.

“The global economic turbulence has necessitated the need for more cooperation among the SCO member countries. The SCO vision represents the aspirations of 40 percent of world population,” he wrote in another tweet.

On the first day of his two-day visit, the premier will hold separate meetings with President of Uzbekistan Shavkat Mirziyoyev and President of Tajikistan Imomali Rehmon.

Leaving for Uzbekistan today to attend the meeting of the Council of Heads of State of the SCO. The global economic turbulence has necessitated the need for more cooperation among the SCO member countries. The SCO vision represents the aspirations of 40% of world population.

Soon after his arrival at the Samarkand Airport, the prime minister will proceed to the Hazrat Khizr Complex, where he will visit the Khizr Mosque and will also pay respects at the mausoleum of Uzbekistan’s first president, Islam Karimov.

The prime minister will attend the banquet hosted by the Uzbek president in honour of the guest leaders.

Since becoming full member of SCO in 2017, Pakistan has been actively contributing towards advancing Organization’s core objectives through its participation in various SCO mechanisms.