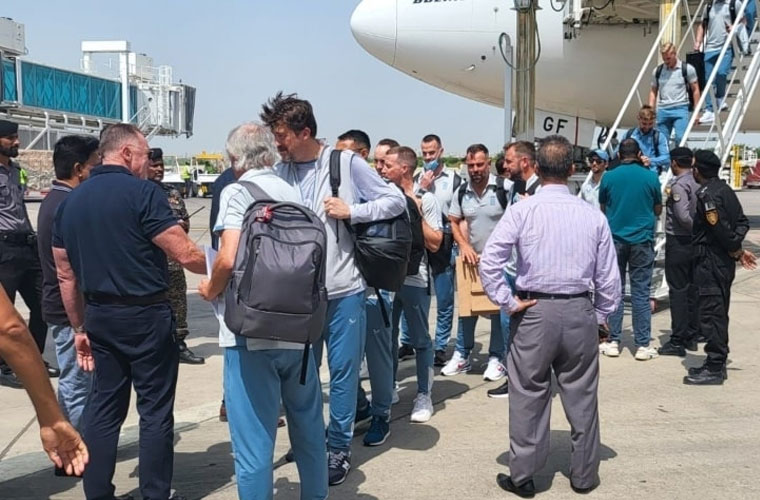 The English team’s plane landed on Karachi Airport this morning. While the Jos Butler-led squad arrived in Pakistan marking a visit of English team after 17 years.

England team’s skipper Buttler is expected to address a press conference at 2pm.

The National Stadium Karachi will host the first four matches while remaining three matches will be played at Gaddafi Stadium, Lahore.

The first match will be played at the National Stadium on September 20.