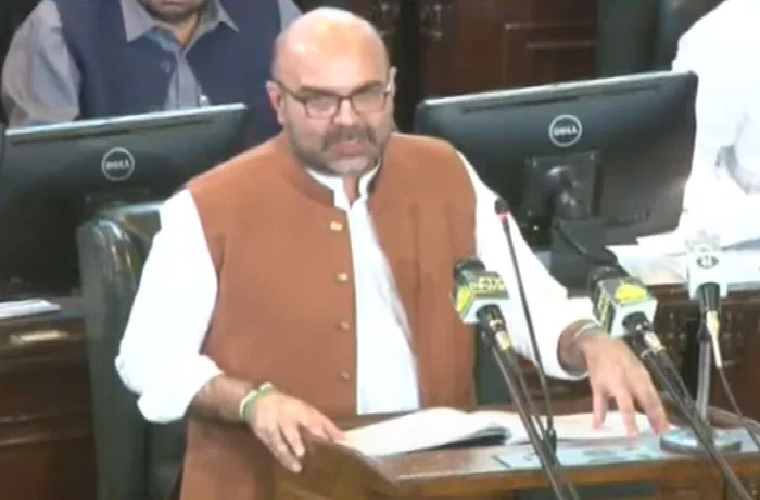 Peshawar- The Khyber Pakhtunkhwa government presented the budget for 2022- 23, increasing the salaries and pension by 16 and 15 percent respectively.

also, the government also increased the allowance of the police, deliverance and the Forest Department by 15 percent. Meanwhile, the package of the police killers has also been increased.
The government workers will do work from home on Fridays. They will get the OPD installation through the Sehat Card. On the other hand, the government has also proposed to introduce Insaf Food Card for one million.
Presenting the budget, Finance Minister Taimoor Saleem Jhagra said that the youth will get loans worth Rs25 billion. He said that new medical sodalities will be established in Dir, Buner, Charsadda and Haripur.