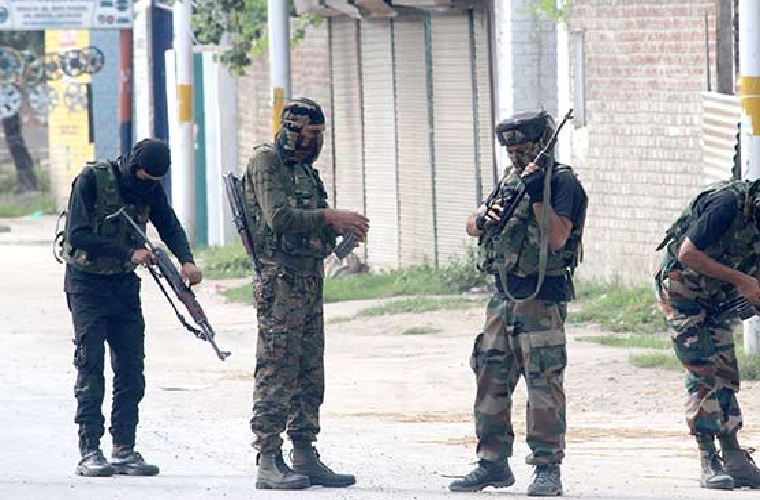 The youth were martyred by Indian colors and civil forces during a cordon and search operation in Rajpora vill of the quarter.
The operation was going on till last reports came by.
The Indian colors also continued their cordon and search operations in Srinagar, Kupwara, Baramulla, Bandipore, Shopian, Islamabad, Kulgam, Doda, Rajouri and Poonch sections.
Meanwhile, an Indian army officer was injured in an explosion in Saujiyan area of Poonch quarter.