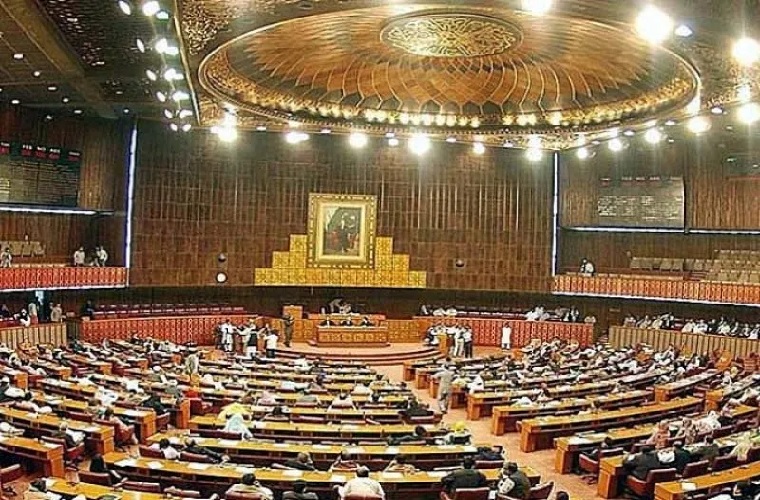 Islamabad – The Senate passed the Election Amendment Act and the NAB Amendment Bill with a majority on Friday.

However, the opposition members protested against the passage of the bill and tore off the clones of the docket. They also raised an uproar over the passage of the bill.
The opposition lodged a strong kick over the current situation and chanted taglines against the government.
Senator Shehzad Waseem said that they would allow anyone to convert the right of overseas Pakistanis. Shibli Faraz said that innocently void people bulldozed the bill after the PTI abnegated from the National Assembly.
Federal Law Minister Azam Nazir Tarar said that the vote right of the overseas Pakistanis has not been abolished. He said that the PTI had passed the bill in haste.” The conduct of the election as well as clarify its process will be appanage of the Election Commission of Pakistan,” he maintained.
State Minister for Finance Ayesha Ghaus Pasaha said that the opposition shouldn’t mandate the government in each matter.” We’ll introduce a policy that will be in interest of the nation,” she added.
The Finance Ministry, in the written reply, it was told that the affectation rate was at6.8 percent in 2018- 19.