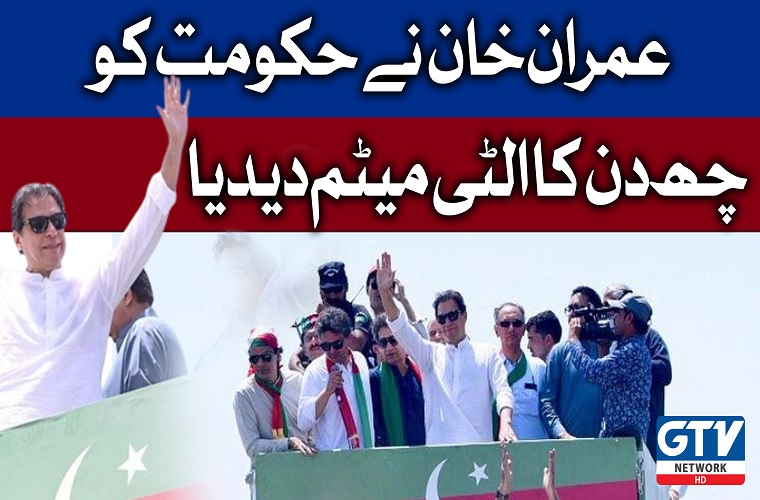 Islamabad- Pakistan Tehreek e Insaaf( PTI) president Imran Khan has given an claim to the government to dissolve assemblies and announce elections within six days.

Addressing to protestors on Thursday, he announced to end sit- in for six days.” If our demands get not accepted also we will return to Islamabad. Police and Pak Army are ours and we’ve come to unite the nation. The government wants controversies among us. I want justice from Supreme Court( SC) ” he added.
He said that every kind of tactic was used to make freedom movement unprofitable. “ Our leaders and workers got arrested, ” he maintained.
Imran Khan said that imported government was assessed through an American conspiracy and PTI government was removed. “ Further than half of the current press members are on bail. The nation won’t accept imported government, ” he concluded.