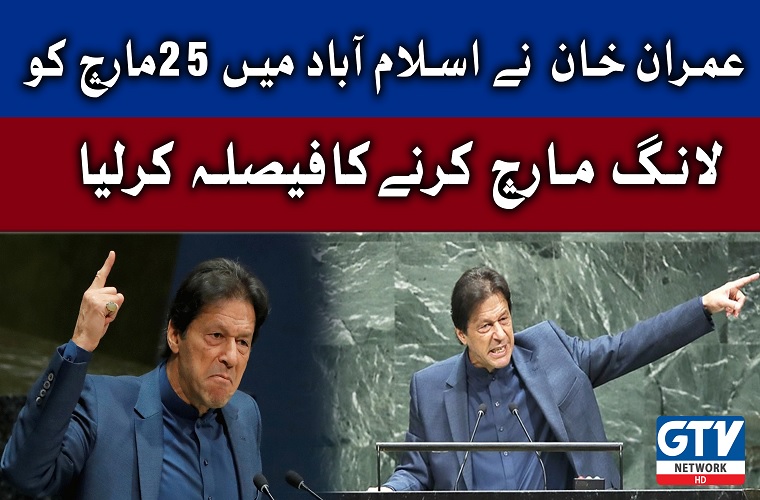 Peshawar-PTI president Imran Khan has announced long march on May 25.

Talking to media on Sunday, he said that they won’t accept stealers for any reason. “ We’ll stay in Islamabad no matter for how long we will have to stay there. We’ll stay in Islamabad until the date of coming choices isn’t blazoned and assemblies aren’t resolved. I’m ready to go for every limit for freedom in real sense,” he said.
Imran Khan said that if Pak army is neutral also it should remain neutral. “ Police, bureaucracy and Pak Army are also ours,” he maintained.
Former high minister said that he hysterical that petrol force and internet will be cut before two days of long march. “ It’s better to be preprared two days ahead. Whatever they do, they won’t be successful. Our politics has always remainedpeaceful.However,” he concluded, If anyone took action against peaceful kick also it would be illegal.