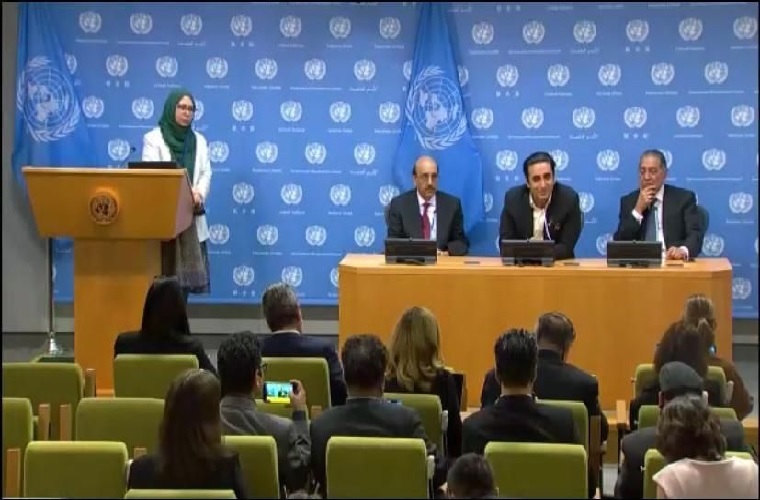 Former high minister Imran Khan is constantly condemning the US government for his ouster. According to Imran Khan, the US suggested him out through a no- trust stir because he visited Russia at the time of the Russia-Ukraine conflict and pledged to follow independent foreign policy.
During a press conference in New York, on a question related to former PM Imran Khan’s visit to Russia, Bilawal Bhutto said, “ as far as the former PM’s trip to Russia (is concerned), I would absolutely defend him,” adding that, “ (the) Pakistani PM conducted that trip as part of his foreign policy”.
Bilawal Bhutto said that no bone knew that there would have been a Russia-Ukraine conflict.
“ I believe it’s veritably illegal to discipline Pakistan for such an innocent action. Of course, Pakistan is absolutely clear as far as it comes to the principles of the UN (United Nations) ofnon-use of force and we stand by these principles,” he said.
The FM went on to say that Pakistan isn’t a part of any conflict and noway wishes to be.”We’ll continue to emphasise the significance of peace, dialogue and tactfulness to resolve this conflict as soon as possible,” he said.
“ We’ll clearly not take the side of any raider within this environment,” said Bilawal, adding that Pakistan has its problems and has witnessed a decade of conflicts in Afghanistan.

Bilawal said Pakistan is now tired of this war as it has offered its children, leadership, men and women.” Thus, we suppose that through using tools of dialogue and tactfulness we can break numerous problems”.
Latterly, while talking to the media in New York, FM Bilawal abused former high minister Imran Khan over his”undemocratic and unconstitutional politics”.
“Imran Khan isn’t doing popular, administrative and indigenous politics, still, he’s heading towards politics of unreasonableness,” said Bilawal.
He said it’s Opposition’s right to protest, but Imran Khan is levelling false allegations against political rivals and institutions.