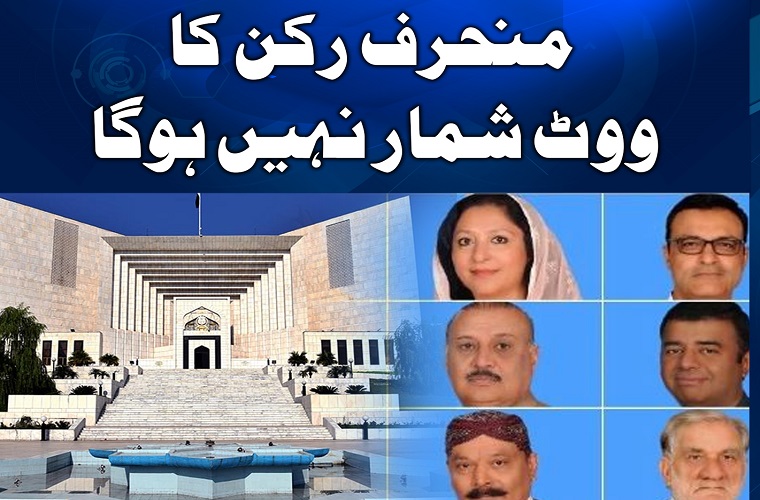 Islamabad-In a major development, the Supreme Court of Pakistan Tuesday ruled that the votes of dissident members of the Parliament (MPs), cast against their parliamentary party’s directives, can not be counted.

The court, issuing its verdict on the presidential reference seeking the interpretation of Article 63 (A) of the Constitution related to defecting lawmakers, said that the law can not be interpreted in isolation.
The apex court wrapped up the hail of the reference moment, which was filed by President Arif Alvi on March 21. The sounds continued for 58 days since its form.
In a split decision, three judges — Chief Justice of Pakistan Umar Ata Bandial, Justice Ijazul Ahsan, and Justice Munib Akhtar — agreed that iconoclastic members’ votes shouldn’t be counted.
Meanwhile, Justice Jamal Mandokhail and Justice Mazhar Alam Khan Miankhel dissented with the verdict.