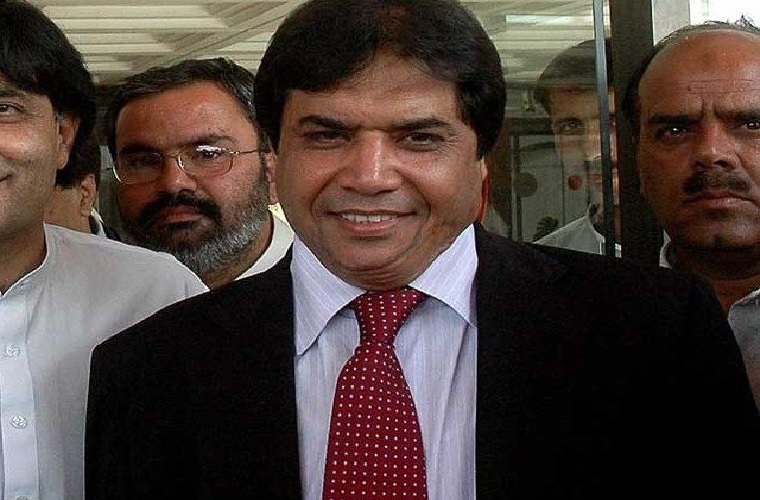 Islamabad-The Islamabad High Court (IHC) on Tuesday stopped PML-N’s Hanif Abbasi from working as a special assistant to the prime minister (SAPM) until the coming hearing on May 27.

IHC Chief Justice Athar Minallah issued the directives while hearing a petition filed by former interior minister and Awami Muslim League (AML) chief Sheikh Rashid, who has challenged Abbasi’s appointment as SAPM on grounds of his 2018 conviction in an ephedrine case.
Abbasi was notified as a SAPM, with the status of civil minister, on April 27. Still, he has not been assigned a portfolio yet.
In the last hail on May 9, the court had directed Prime Minister Shehbaz Sharif to review Abbasi’s appointment”in case the conviction has not been set away”.
When the hail proceeded moment, Justice Minallah observed that a person who has been condemned couldn’t hold public office.
Still, Abbasi’s counsel Ahsan Bhoon argued that the office of the SAPM wasn’t analogous to other public services.
When the principal justice said the court would stop Abbasi from working as SAPM till the coming date of hail, Bhoon argued that it would be tantamount to” concrete relief”for the supplicant (Rashid).
Still, Justice Minallah said he hoped Abbasi would not use the public office till the coming hail.
“The SAPM’s job is to advise the high minister, he can do that without a announcement as well,”he observed.
Latterly, the hail was suspended till May 27.