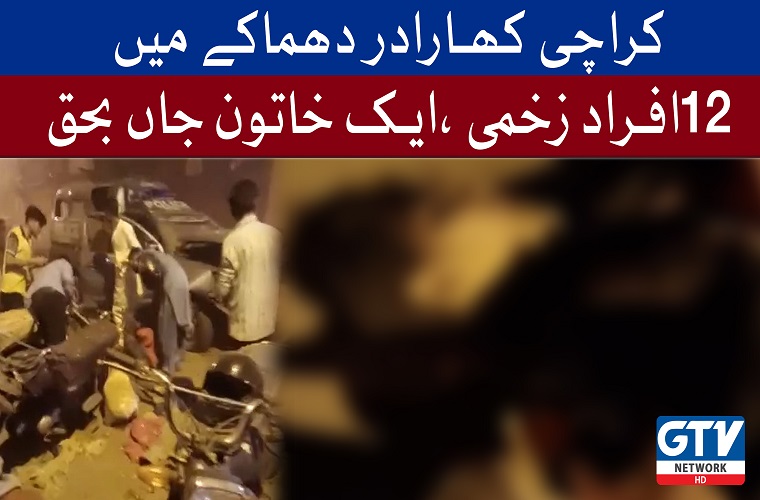 Karachi-A woman was killed while 11 people, including policemen, were injured when a blast ripped through a populous area near Bolton Market on Monday.

According to sources, fire erupted at the blast point. A police mobile and several motorcycles were damaged in the blast that was heard in remote areas.
A heavy contingent of police also reached after the blast. The Sindh chief minister directed to declare an exigency in Civil Hospital.
According to primary examinations, explosive material was planted in a motorcycle.