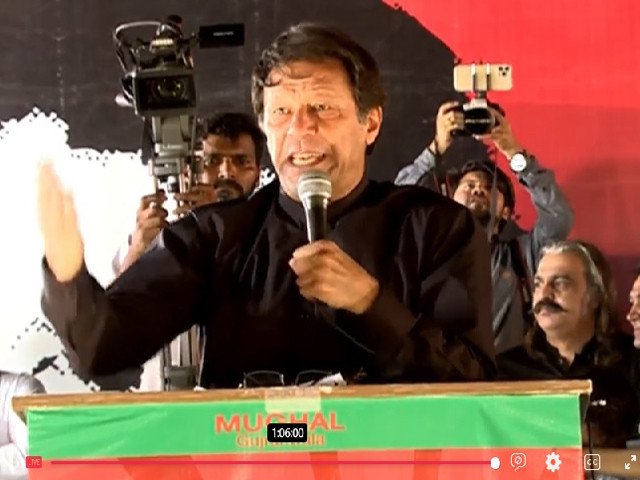 Islamabad-Former prime minister and PTI Chairman Imran Khan has said that the’ real Mir Jaffar and Mir Sadiq of the nation’ was Prime Minister Shehbaz Sharif and not any head of state institution as extensively perceived following his address in Abbottabad on Sunday.
“ Shehbaz Sharif is real Mir Jaffar and Mir Sadiq who’s installed as the high minister through a foreign conspiracy,” he said while addressing a public gathering in Jhelum on Tuesday night as a part of his party’s drive to mobilise the public and strengthen his station that he was ousted from power through a US- backed‘ foreign conspiracy’.
Khan was responding to allegations that his narrative was against state institutions.
The former premier has been indicted of targeting the service, albeit in a subtle manner. In his rearmost public rally on Sunday in Abbottabad, the PTI president had formerly again said “ only creatures were neutral” in reflections supposedly aimed at the military leadership, which didn’t take any side when he was ousted from power through a no- trust move.