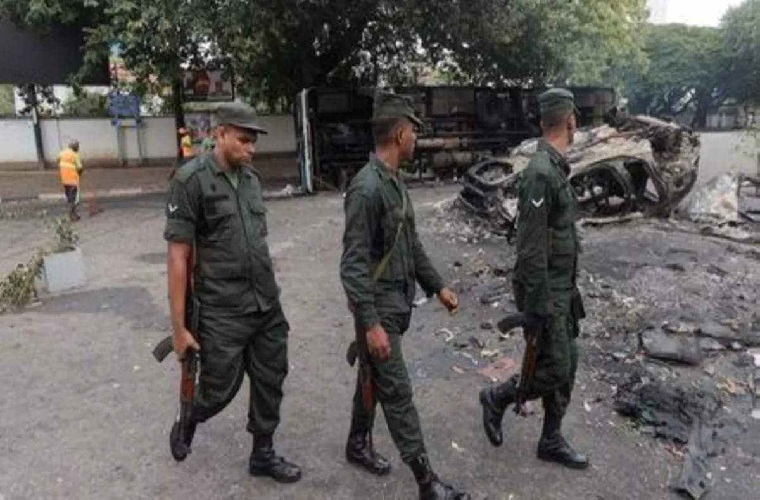 Colombo-Sri Lanka gave emergency powers on Tuesday to its service and police to detain people without clearances, after a day of clashes that killed seven people and injured further than 200, in violence that urged Prime Minister Mahinda Rajapaksa to abdicate.

As the Indian Ocean nation battles its worst profitable extremity in history, thousands of protesters had defied curfew to attack government numbers, setting ablaze homes, shops, and businesses belonging to ruling party lawgivers and parochial politicians.
Despite sporadic reports of uneasiness, the situation calmed by Tuesday, said police spokesperson Nihal Thalduwa, adding that about 200 people had also been injured in violence that led to an islet-wide curfew until 700 am (0130 GMT) the following day.
The government of President Gotabaya Rajapaksa, the youngish family of the high minister, outlined broad powers for the service and police to detain and question people without arrest clearances.
The service can detain people for over to 24 hours before handing them to police, while the private property can be searched by force, including private vehicles, the government said in a review announcement on Tuesday.
“ Any person arrested by a police officer shall be taken to the nearest police station,” it said, fixing a 24-hour deadline for the fortified forces to do the same.

Read:Sri Lanka imposes curfew in capital after 20 injured in clashes

Some judges expressed concern over the eventuality for abuse of the exigency measures.
“ In a situation where there’s both a state of exigency and curfew who can cover to insure these regulations aren’t abused?” said Bhavani Fonseka, of the Centre for Policy Alternatives suppose tank grounded in Colombo.
The chairman had formerly declared a state of exigency on Friday as demurrers escalated.