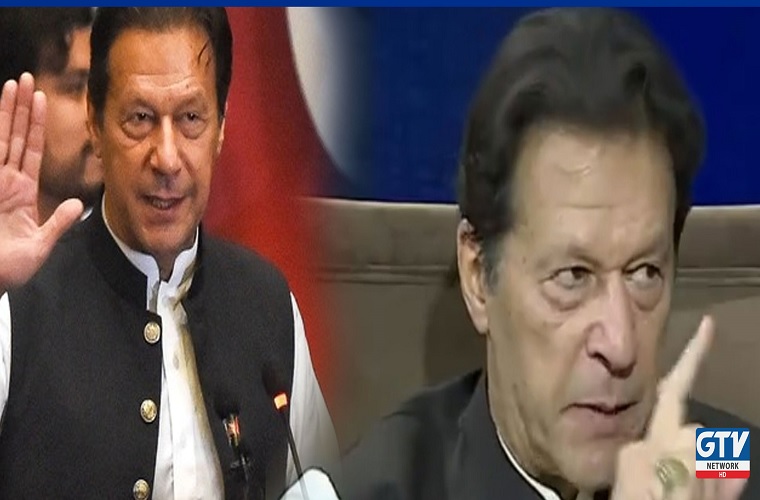 “ Our opponents say if the temperature is high, also people won’t come out. Put as numerous holders as you want, but 2 million people will come to Islamabad,” the PTI president said while addressing a public gathering in Abbottabad.
The former high minister told his sympathizers that the peremptory government “ fears” their passion and added that 11 parties had gathered to remove him from power.
The PTI president claimed that when he and his sympathizers will come to Islamabad, the civil capital will fill up with the chants of “ imported hukomat na manzoor” ( imported government inferior) and “ we want real freedom”.
Continuing his claim that the United States conspired to remove him from power, Imran Khan said that the peremptory leaders were involved in the process.
“ The Pakistani nation won’t accept these leaders,” the PTI president claimed.
The former high minister went on to say that he was” no way ready to be part of the war on terror with the US and neither was he willing to give air bases to Washington.”
“ Americans wanted a leader like Pervez Musharraf who would have adhered to them upon entering a single call,” Khan claimed.
Turning his ordnance toward PM Shehbaz Sharif, the PTI president claimed that he was a “ beggar, menial, and a pincher”.
“ The lies that Sharif family have told, I haven’t seen anyone spread similar falsehoods ever ahead,” claimed the PTI president.
He added that when the imported government came to power, the prices of all goods increased.
Khan also requested the media to go to shops and ask about the prices of ghee like they used to do when he was in power.
The former premier said that the value of the US bone against the Pakistani rupee increases when stolen plutocrat is transferred abroad, adding that ever since the new government assumed power, the rupee’s value has been dwindling.