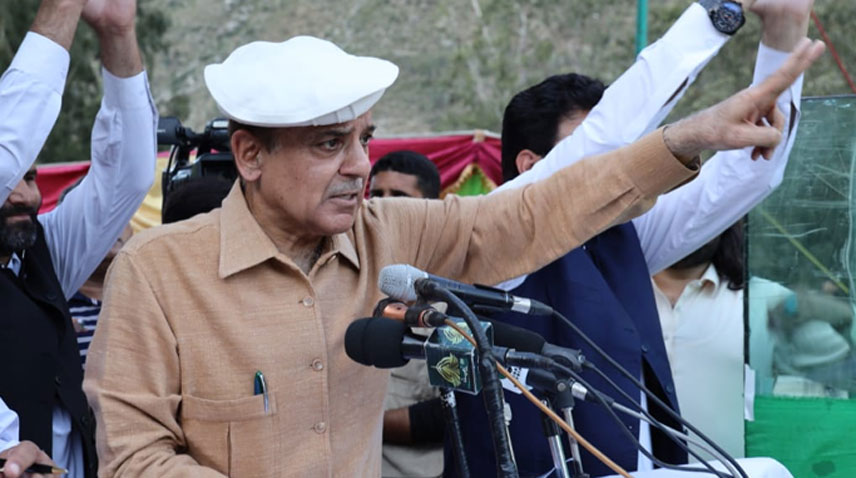 Peshawar-Prime Minister, Shahbaz Sharif has reaffirmed his commitment to give free medical treatment in the public sector hospitals across the country.

Addressing a public gathering in Bisham area of quarter Shangla on Saturday evening, he assured the public of resolving their problems and to work for the progress and substance of the country.
Shehbaz Sharif stressed need for stern sweats to get lift over the honey by furnishing weal to the public.
He said despite the fiscal crunch, the government is working to continue on the trip of progress and development.
Shehbaz Sharif promised to give acceptable wheat force to Khyber Pakhtunkhwa on equal rates as of Punjab.
The Prime Minister blazoned completion of construction work on a 132kv grid station in the area within three months.
Shahbaz Sharif also blazoned the establishment of a medical council for the youth of Shangla District besides publicizing two-billion rupees entitlement development systems for the area.
Before, the original leadership of PML-N presented the Prime Minister with the traditional cap and capelet of Swat on his appearance at the public gathering.
Speaking on the occasion, Advisor to Prime Minister on political and public affairs, Mastermind Ameer Maqam said Prime Minister Shahbaz Sharif is working round the timepiece to bring the country on track of development.
He said all the coalition parties are united under the leadership of Prime Minister Shehbaz Sharif.
The Advisor asked the Prime Minister to give the due share of net hydel profit to Khyber Pakhtunkhwa as per AGN Qazi formula.