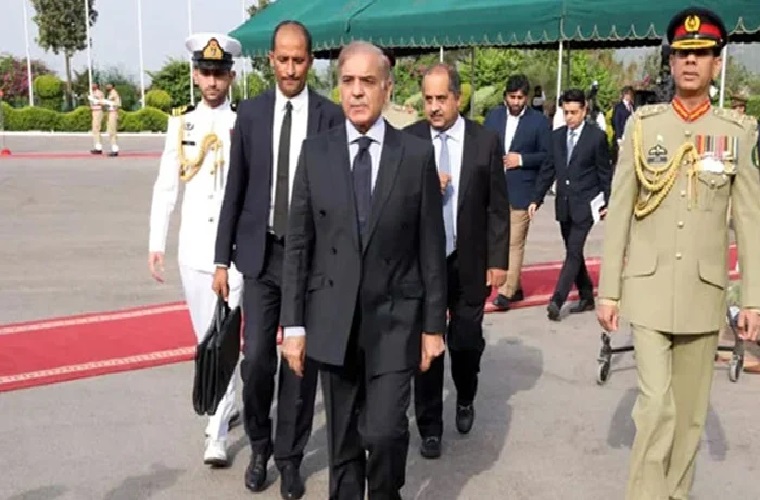 The delegation also includes Federal Ministers Shah Zain Bugti, Chaudhry Salik Hussain, Khawaja Asif, Muftah Ismail, Maryam Aurangzeb, Khawaja Asif and MNA Mohsin Dawar.
The delegation also includes four members of Prime Minister Shahbaz Sharif’s personal staff.
Sources in the finance ministry said that the prime minister would discuss a 7.5 billion package during his visit, with Saudi Arabia to delay payments of 4 4 billion by the end of this year.
According to sources, the Prime Minister will request to keep another  2 billion as safe deposit in Pakistan’s account and also request to increase oil supply from  1 billion to  2 billion.
Before leaving for Saudi Arabia, Prime Minister Shahbaz Sharif said in a statement on the social networking site Twitter that he would hold multilateral talks with the Saudi leadership during the visit.

Today I am embarking on a visit to Saudi Arabia to renew & reaffirm our bonds of brotherhood & friendship. I will have wide-ranging discussions with Saudi leadership. KSA is one of our greatest friends & as Custodian of the Two Holy Places, has a special place in all our hearts.

He said that Saudi Arabia is one of our great friends and the Custodian of the Two Holy Mosques has a special place in our hearts.
He also said that during the visit, brotherhood and friendship should be renewed.