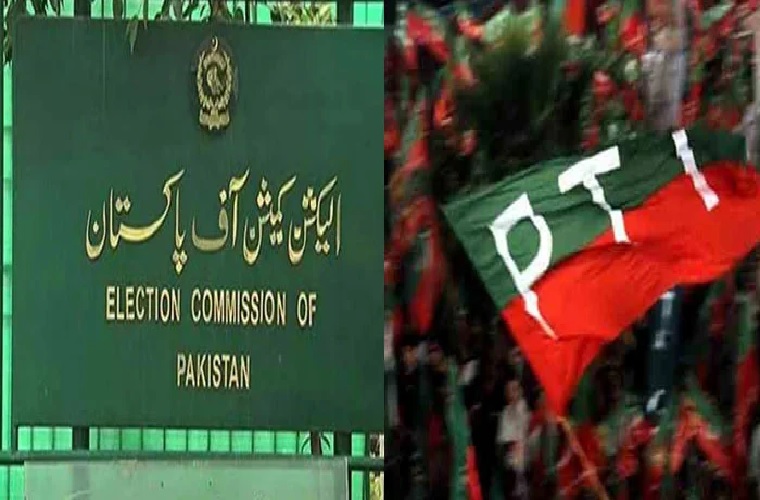 The decision was blazoned by a three-member bench of the ECP headed by Chief Election Commissioner (CEC) Sikandar Sultan Raja during a hail of the PTI foreign backing case.
At the former hail on April 19, the PTI sought three days — from April 27 to 29 — to conclude its arguments.
Still, rather than continuing with his arguments on Wednesday, PTI’s counsel Anwar Mansoor Khan read out an Islamabad High Court (IHC) order passed on Monday that relaxed the 30- day deadline set to decide the foreign backing case and asked the ECP to carry out scrutiny of all parties without any demarcation.
Mr. Khan claimed the IHC had ordered that all foreign backing cases must be heard contemporaneously and, thus, he refused to make arguments on Wednesday.
Still, the CEC claimed that the IHC order had made no similar determination and noted that the PTI’s foreign backing case had formerly been delayed nearly eight times and therefore demanded an early conclusion.
He said sounds on other cases were in progress and a detailed report would be presented before the IHC on May 17.
During the hail, the commission was also asked to stay for the scrutiny commission’s reports on foreign backing cases against the PML-N and PPP before pacing further.
At this, an ECP member from Balochistan asked were the IHC order had bound the commission to stay for reports of the scrutiny committee.
The PTI counsel’s operations against the PML-N and PPP backing had been submitted in 2017. “ The commission should have incontinently transferred the matter to the scrutiny commission five times agone,” he said.
Still, CEC Raja assured Mr. Khan, PTI’s counsel, that all three cases were being heard. He also asked the council to give his arguments on the present case.
But Mr. Khan refused to do so and claimed that the commission should first bring other cases on a par with the PTI case and demanded a position playing field.
On Mr. Khan’s complaint that PTI’s fiscal documents were handed to other parties but other parties’ fiscal documents weren’t given for perusal to his customer, the CEC said he’d ordered the provision of other parties’ documents to the PTI.
The principal election manager said three foreign backing cases against the PTI, PML-N, and PPP were pending before the ECP.