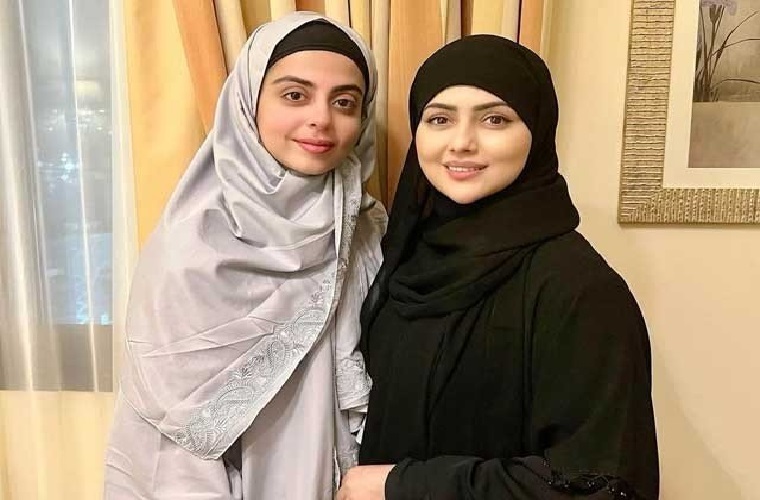 Actress Yashma Gul has recently performed Umrah with her father during Ramadan. The actress also received a piece of shroud of Kaaba as a gift during Umrah and she shared this good news with all her fans on social media.
And now Yashma Gul has met former Indian actress Sana Khan who has said goodbye to the world of showbiz for the sake of Islam while performing Umrah and has shared the photos of this meeting on social media.
Yashma Gul wrote in the caption with the pictures that Allah Almighty gave me the opportunity to visit her home and the city of Holy Prophet Muhammad Mustafa. She later described the meeting with Sana Khan and her husband Anas as a pleasant memory.
Praising Sana Khan, Yashma Gul wrote, “May Allah strengthen the faith of each and every one of us like him.” He also thanked Sana Khan for his encouragement and hospitality.
Describing her and Sana Khan’s meeting as a new beginning of friendship, Yashma Gul wrote, “InshaAllah, for Allah, the beginning of new friendships.”
Reacting to Yashma Gul’s post, Sana Khan said, “My dear sister, I am very happy to meet you.” Sana Khan described Yashma Gul as a perfect soul and wrote that you will be included in my prayers. May Allah keep us united in this world and in the hereafter. Lots of love to you