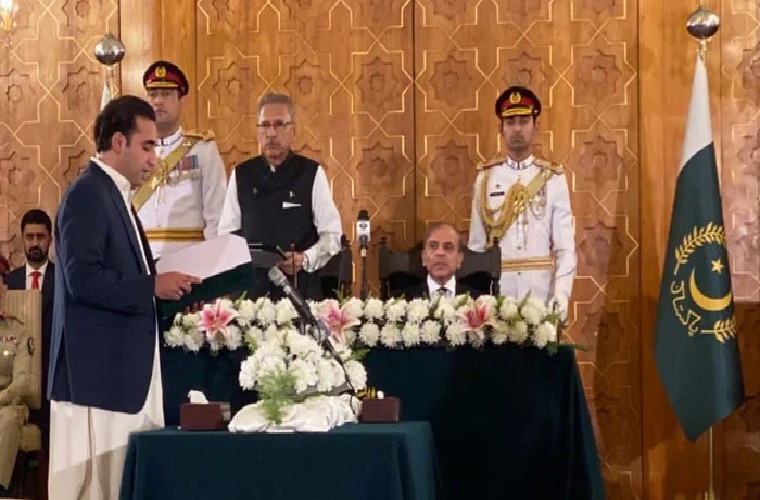 Islamabad-Pakistan Peoples Party Chairman Bilawal Bhutto-Zardari Wednesday took the pledge as a civil minister and is likely to be given the portfolio of the foreign ministry.

Congratulations to the youngest Foreign Minister in Pakistans history @BBhuttoZardari . The task is daunting, and the previous government have hurt our international standing but I have no doubt that you will make our country, party, and family proud. 🇵🇰 pic.twitter.com/LUEsMJBzx5

Following taking Pledge as a civil minister, Bilawal called on President Alvi at the administration. During the meeting, matters of collective interest and other issues were bandied.
President Alvi complimented him on assuming his office.

NCOC decides registration of 40 plus age citizens for Covid vaccination