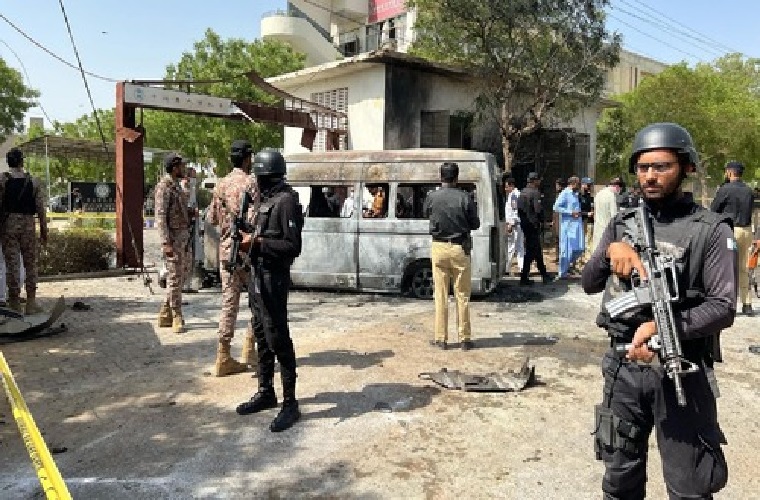 Karachi -Four people, including three Chinese nationals, were killed while several others sustained injuries in a car explosion on the premises of the University of Karachi.

According to initial reports, the three people who sustained injuries — including a foreigner, a rangers’ officer and a private guard — were shifted to a private hospital in Gulshan-e-Iqbal, hospital officials confirmed.
The blast took place at 1:52pm in a van near Confucius Institute — a Chinese language teaching centre — at Karachi University. Following the blast, rescue and security agencies reached the location and cordoned off the areas, initiating rescue operations.
Police sources said that there were seven to eight people in the van; however, an exact number of casualties has yet to be reported.
The blast was initially reported to have been caused by a gas cylinder; however, the police haven’t confirmed or denied any information over the nature of the blast.
Sources further added that the victims were returning to Confucius Institute from the Institute of Business Administration (IBA).