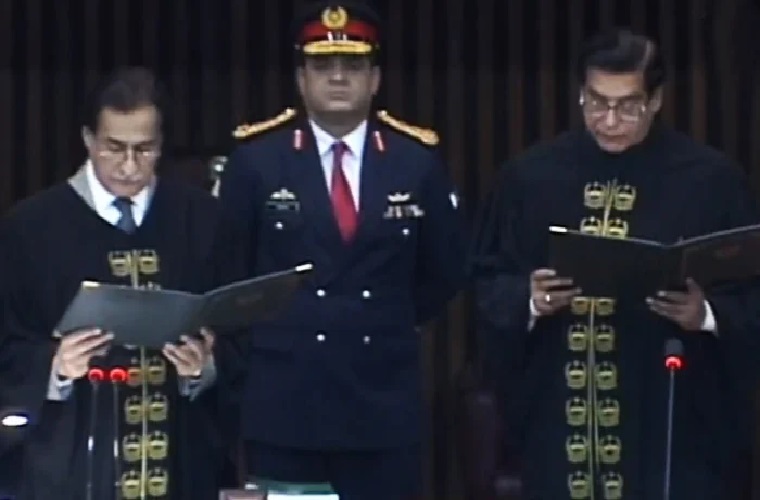 Islamabad-Pakistan Peoples Party Raja Pervez Ashraf was tagged unopposed as the speaker of the National Assembly Saturday, with PTI leader Qasim Suri relinquishing from the office of the deputy speaker, hours before a no- confidence stir was listed to be tabled against him.

The NA speaker’s office fell vacant on April 9 when PTI’s Asad Qaiser abnegated, stating that he can’t hold voting on the no- confidence against the also-high minister Imran Khan, which he said, was a part of a “ foreign conspiracy” against the PTI government.
PPP’s Ashraf took pledge as the 22nd NA speaker shortly after being tagged unopposed as no other member submitted nomination papers.
In response to Suri’s abdication, PML-N leader Ayaz Sadiq — who chaired moment’s session — said there is no need for advancing on the stir now.
He stated that the courts have specified the abdication process according to which it’s to be presented to the speaker in presence of substantiations.