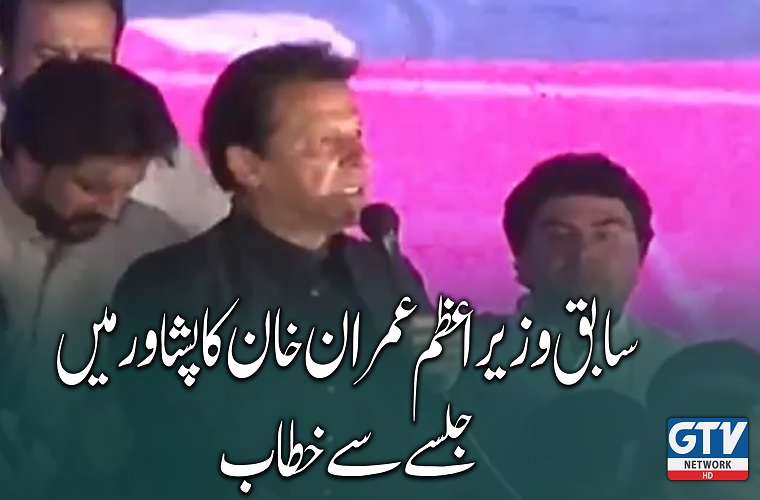 Peshawar-PTI Chairman and former high minister Imran Khan asked Wednesday why the doors of the courts were opened late at night before his ouster from office.

The Supreme Court on April 9 was all set to hear a plea past its notified timing regarding the deadline set by the apex court for the voting on the no- confidence stir in the National Assembly as former NA speaker Asad Qaiser didn’t hold voting on the move till nearly night, while the Islamabad High Court was also opened to hear another plea.
Still, in a turn of events, the speaker abnegated and handed over the session to MNA Ayaz Sadiq, who held the voting on the no- confidence stir, and as a result, Khan came the first high minister to be ousted through the popular process.
But in moment’s Peshawar rally, a charged Khan questioned the opening of courts and told the reputed judges that he’d gone to jail — during the counsel’s movement — for an independent bar.
“The courts were opened at night. Why? Did I break any laws?”he questioned as he claimed that since joining politics, he has noway incited people against institutions.
“I’ll live and die for Pakistan.”
The PTI president also advised that he wasn’t that dangerous while he was part of the government, but now that he has been ousted, he’ll come” more dangerous”for the Opposition.
Khan said that every time a high minister was ousted, people would celebrate it, but when he was removed from office, the millions registered a kick — pertaining to the Sunday rallies across the country.

Coronavirus has killed 391 people in Pakistan so far