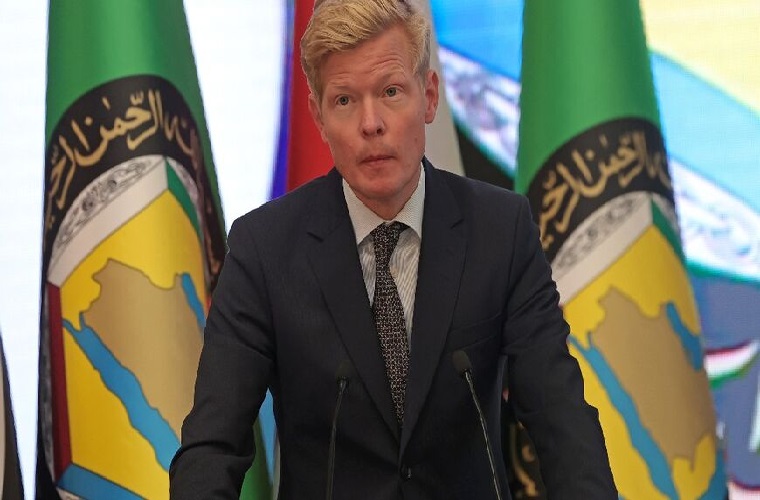 The Swedish diplomat is scheduled to meet Huthi officials during his first Sanaa visit since taking office in September.
“He is looking forward to engaging with Ansar Allah (Huthi) leadership on implementing and strengthening the truce and discussing the way forward,” Grundberg’s office said in a tweet announcing his arrival.
The Huthi insurgents took control of Sanaa in 2014, prompting a Saudi-led coalition’s military intervention the following year and triggering what the United Nations calls the world’s worst humanitarian crisis.
The two-month ceasefire declared at the start of the Muslim holy month of Ramadan has largely held.
“Since the start of the truce, we have seen a significant reduction of violence,” Grundberg told a virtual press conference last week.
However, both sides have traded blame over violations, with the government accusing the rebels of military deployments and drone attacks while the insurgents say they “repelled an advance” by loyalists.
A Yemeni military source also told AFP on Friday that loyalist forces had “repelled a Huthi attack” in southern Marib, the government’s last stronghold in the north of the country.
Grundberg has urged all parties to exercise “restraint”, tweeting that he was “following very closely the latest developments in Marib”.
On Thursday, Yemen’s Riyadh-based President Abedrabbo Mansour Hadi announced he was handing over his powers to a new leadership council tasked with reaching a “final political solution” with the Huthis.
The current, renewable truce called for a halt to all ground, air and sea military operations. Two commercial flights a week can resume in and out of Sanaa, and 18 fuel ships are allowed into the Huthi-held lifeline port of Hodeida.
Yemen’s brutal war has killed hundreds of thousands directly and indirectly and left millions on the brink of famine in what has long been the Arab world’s poorest country.

Sultan Qaboos of Oman passes away