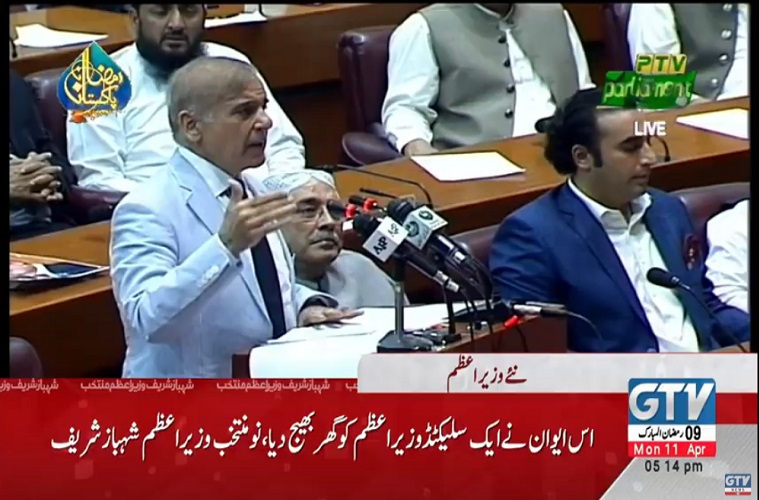 Islamabad- Following the ouster of PTI president Imran Khan from the office of the high minister, the Opposition’s common seeker Shehbaz Sharif was tagged as the 23rd premier of Pakistan.

Shehbaz secured 174 votes as opposed to PTI’s seeker Shah Mahmood Qureshi, who entered no votes after his party decided to swap the polling process.
The bean took place under the chairmanship of MNA Ayaz Sadiq, two days after the lower house of Parliament suggested in favour of removing Imran Khan from office, following a nearly 14-hour standoff between the Opposition and Khan’s ruling party that started on Saturday morning.
The Monday session formally started after a brief detention with a enumeration of the Holy Quran and naat, with NA Deputy Speaker Qasim Suri in the president.