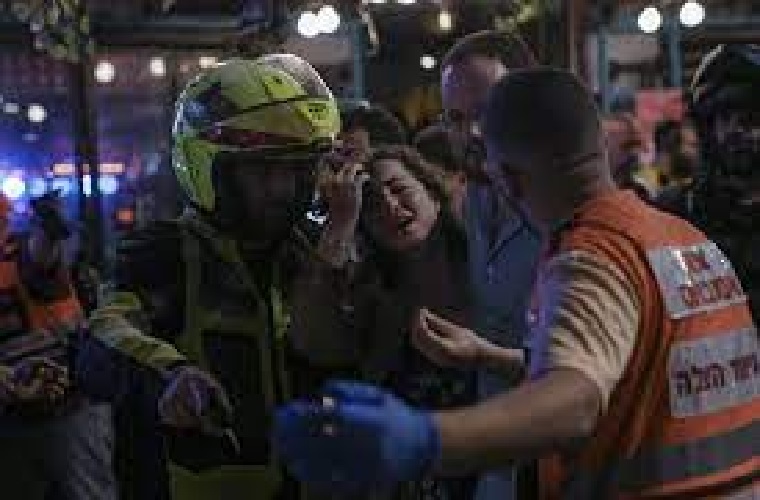 “ There aren’t and won’t be limits for this war,” Prime Minister Naftali Bennett said, speaking hours after the attack in Tel Aviv.
“ We’re granting full freedom of action to the army, the Shin Bet (the domestic security agency) and all security forces in order to master the terror,” he added, in a public address in the Israeli littoral megacity.
The Palestinian movement Hamas, which controls the Gaza Strip, and the Islamic Jihad group praised the attack but have stopped suddenly of claiming responsibility.
Before on Friday, Israeli police said they had shot dead a Palestinian marksman who killed two Israeli men and wounded over a dozen others when he opened fire on a road of busy bars and caffs crowded on a Thursday evening.