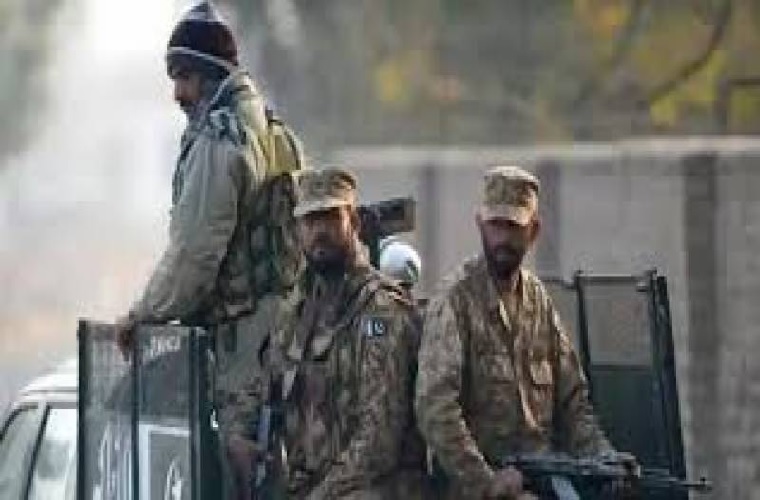 Rawalpindi-Two dogfaces were martyred while as numerous terrorists belonging to the banned Balochistan Liberation Federation (BLF) were killed in an exchange of fire in the Singi area, near Mashkai, Balochistan.

According to a press release issued by the ISPR on Friday, the security forces conducted an operation on the information of the presence of terrorists. Once the colors started establishing blocking positions in the area. Terrorists tried to escape from their den and opened fire on security forces.
These terrorists were involved in different security incidents in District Awaran and its surroundings. In addition, arms and security have also been recovered which were intended to be used by the terrorists for dismembering peace and security in the area.
During the operation, two gallant sons of soil Lance Havaldar Raj Wali Khan and Sepoy Usama Khan embraced martyred while one officer was injured. Security forces, in step with the nation, remain determined to baffle attempts at sabotaging the peace, stability, and progress of Balochistan.