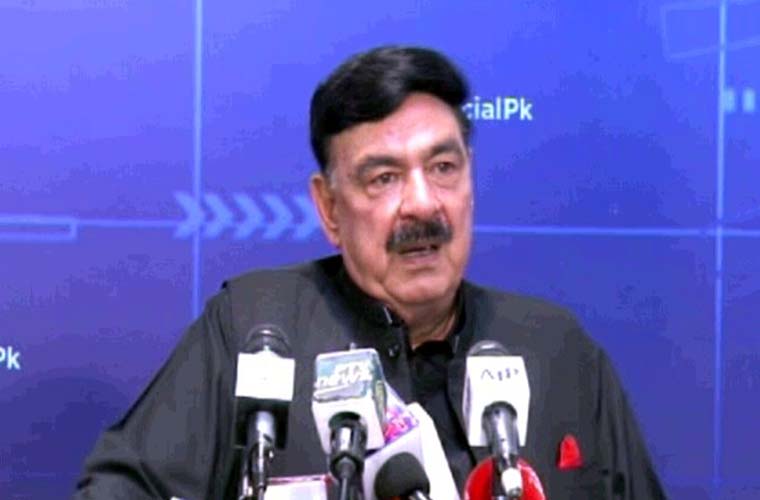 The minister’s reflections came a day after the Supreme Court set aside National Assembly Deputy Speaker Qasim Suri’s April 3 ruling which dismissed the no- trust resolution against the premier and the posterior dissolution of the NA by the chairman on the PM’s advice.
Speaking to the media in Islamabad, he said”a surge of disappointment has taken over the nation after the decision”.
He said that the sentiment among the people was that a conspiracy was underway to bring those involved in corruption to power.
“But if someone believes that we’re laying down our munitions, have no (misconceptions),”he said.”We’ll fight till our last breath against these goons, stealers, and buccaneers,”he added, pertaining to the opposition.
He also told media persons that history he’d told PM Imran that”we should all abdicate”as this was the” last option”because the country would not be suitable to serve with” stealers and goons”at the helm.
“I had suggested ( submitting) adoptions three months ago as I knew what the issues were,”Rashid said without evolving further.
“I was right in saying that we should abdicate and hold new choices. I was right when I said to put an exigency and I was right when I said to put governor’s rule.
“And I say this moment as well that we all should abdicate together (.) and expose their (the opposition’s) real faces to the nation.”
The minister said opposition parties would destroy the country’s” independent foreign policy”.
He followed up on this claim with a cryptic comment, saying”If there’s anyone who believes that people do not understand what has happed, how it has happed and who did it, ( understand that) the people know everything.”
At the onset of his media talk, the minister, without naming anyone, had inferred that” big powers”were behind the no- trust stir against PM Imran.
“This is how big powers execute a no- confidence stir. They buy people. They use health as an reason and help stealers and goons flee the country,”he said.” Now you’ll see that all of them will return.”
” Foreign powers, who want to put their intelligence in Pakistan, check our freedom and put an end to our impartiality, will be defeated,”he said.
He went on to say that in this case — putatively an allusion to events that unfolded following the submission of the no- trust stir against PM Imran —”all forces have been exposed”.