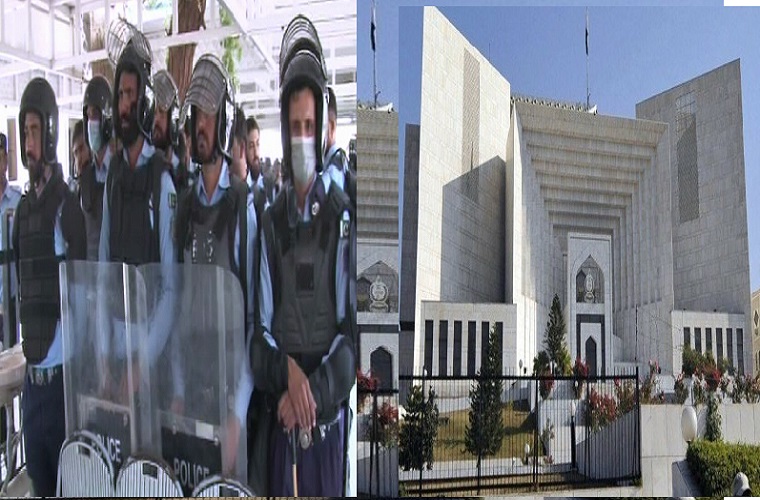 Islamabad -The Supreme Court reserved its verdict on a suo motu case concerning the legality of the deputy speaker’s ruling and the subsequent dissolution of the NA by the president on the PM’s advice.

The verdict will be announced at 7:30pm. In anticipation of the verdict, security has been beefed up at the SC premises with television footage showing riot police deployed outside the apex court.
A five-member bench headed by CJP Bandial and comprising Justice Ijazul Ahsan, Justice Mazhar Alam Miankhel, Justice Munib Akhtar and Justice Jamal Khan Mandokhail heard the case.