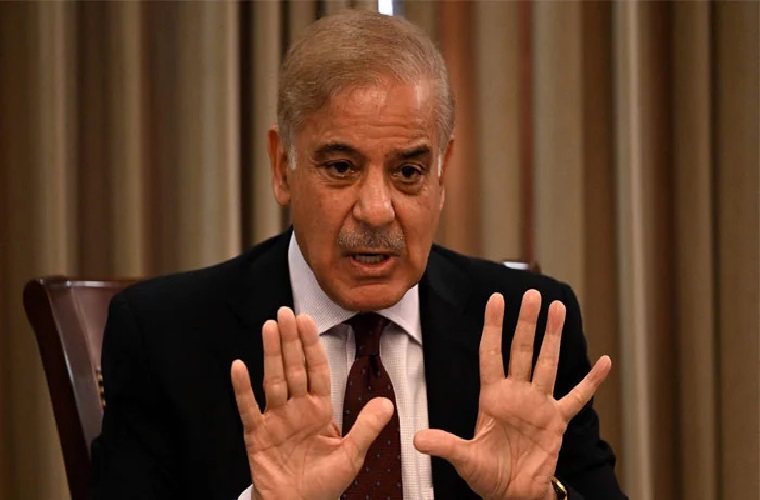 Islamabad-Pakistan Muslim League -N President and Leader of the Opposition in the National Assembly Shahbaz Sharif on Tuesday asked Chief of Army Staff General Qamar Javed Bajwa and DG ISI to present substantiation before the nation on whether the Opposition leaders have committed disloyalty.

Speaking to intelligencers outside the demesne of the Supreme Court, Shahbaz reiterated that none of the Opposition leaders have committed disloyalty. “ We didn’t invite any foreign power and neither are we involved in any foreign conspiracy,” he said, adding that this issue should be clarified. “ I demand COAS and DG ISI to take notice of this issue and produce substantiation in the Supreme Court if we’ve committed disloyalty,” Shahbaz said, adding that he has noway spoken similar clear words ahead.
The PML-N leader said he’ll also present this request in front of the Supreme Court, “ we will put this demand forward through our attorneys that please review this matter and produce a forum in which the matter is clarified.” Recalling their former demands, he said “ We’ve been raising this issue for last three-and-a-half times that this government and the high minister is illegal.”
He complained that when the common Opposition submitted a no-confidence stir against Prime Minister Imran Khan rehearsing its indigenous right the former PTI- led government raised the issue of “ foreign conspiracy.” The Opposition leader said, “ It’s now time for the army officers, who have made numerous offerings, to clarify whether the National Security Committee (NSC) passed a resolution in which the part of Opposition in the‘ foreign conspiracy’s stated.” “ Did they subscribe those twinkles? See if it has the blessing of the establishment?” he questioned.
Replying to a question regarding the conformation of the caretaker government, the PML-N leader said that he has not entered President Arif Alvi’s letter in this regard, adding that first, they want the Supreme Court to resolve the issue of the unconstitutional step taken by the chairman and high minister and also they (the Opposition) will talk about other matters. He said that if the matter isn’t resolved, the country will come to a “ Banana Republic”.

Shah Mahmood asks Opposition to resign instead of making drama

Pakistan Army shot down Indian spying quadcopter along the LoC