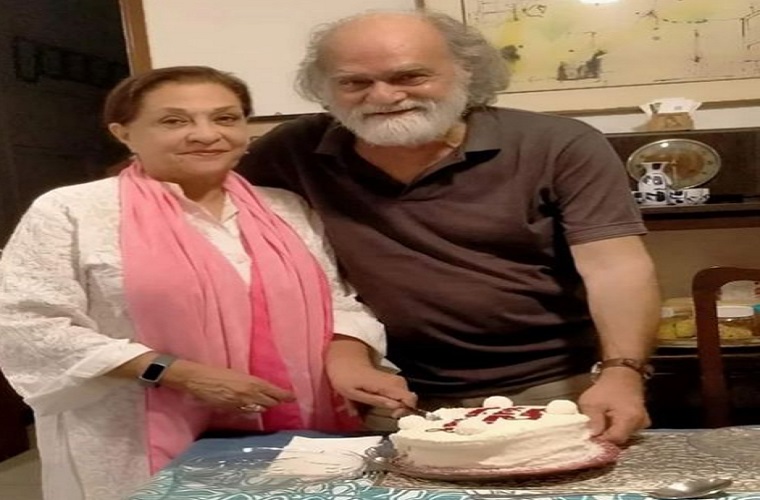 On the second anniversary of her marriage, Manzar Sehbai shared a photo of herself cutting a cake with Samina Ahmed in a happy mood on Instagram yesterday and said that today is the second anniversary of our marriage.
It may be recalled that during the lockdown in the year 2020, senior actress Samina Ahmed had married fellow actor Manzar Sehbai.
Manzar Sehbai, who is over 70 years old, was married to Samina Ahmed on April 4, 2020.
Born in Karachi in February 1950, Samina Ahmed was previously married to film director Farid Ahmed, who died in 1993.
Famous stage performer, TV actress, producer and director Samina Ahmed’s famous dramas include Alif Noon, Bol Meri Machli, Angar Wadi, Pani Jaisa Pyaar, Last Rain, Family Front, Sunshine in the Sun, Taluk, Noor Bano, Mere Hamdam. My friends and others are included.
On the other hand, Manzar Sehbai is also a senior actor in Pakistani films and dramas and is the brother of renowned poet Sarmad Sehbai.

Feroze Khan and wife Alizey blessed with a baby girl