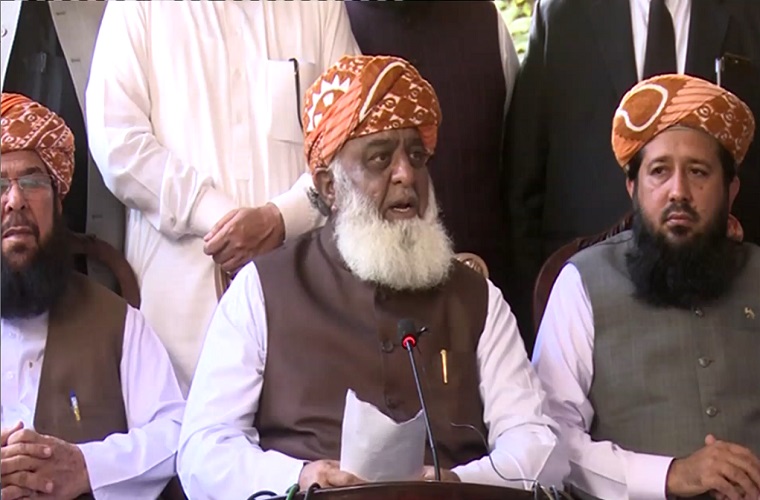 Islamabad -Pakistan Democratic Movement (PDM) chief Maulana Fazlur Rehman has said that our last and unwavering demand is that the rolling of the Deputy Speaker should be declared null and void. Come and see, the assembly was dissolved.

Addressing a press conference in Islamabad, Maulana Fazlur Rehman said that the whole country was plunged into a crisis. The President also issued a notification to dissolve the Assembly.
Maulana Fazlur Rehman said that a constitutional crisis has been created in the country at this time. The Deputy Speaker gave a controversial roll call on a sensitive issue.
The PDM chief said that the majority of the parliament is of the opinion that the government formed in 2018 as a result of fraud, the whole unconstitutional game is to come back to power through fraud.
Maulana Fazlur Rehman said that Imran Khan dissolved the National Assembly on the basis of presumption, we will not allow this game to be played under any circumstances, all this is happening in collusion, and everyone is supporting each other.
“This is a dangerous game and we will not allow it to proceed at any cost. We respect the court. They took notice of themselves. It is good.”