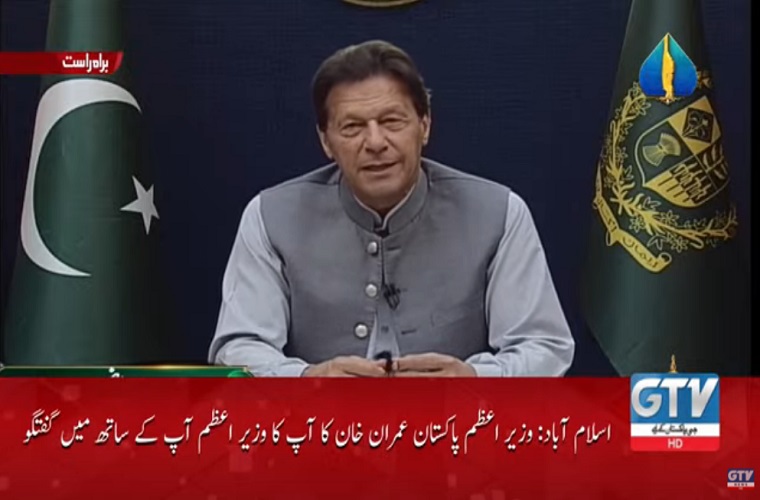 Islamabad-Prime Minister Imran Khan questioned the Opposition, asking why they approached the Supreme Court (SC) after fresh choices were blazoned.

His reflections came while holding a live Q&A session on Monday, during which he blamed the Opposition for running down from the choices, saying that the Opposition is spooked of PTI’s fashionability.
“ When choices were blazoned, what’s the Opposition doing in the Supreme Court? The Opposition wants an NRO,” he said in his opening reflections.
The premier said the country will noway move towards development unless Parliament has people who actually suppose about the country’s betterment.
“We’ll give tickets to people with vision this time. We didn’t know how to dispute in choices ( before), but now we do,”the PM said.