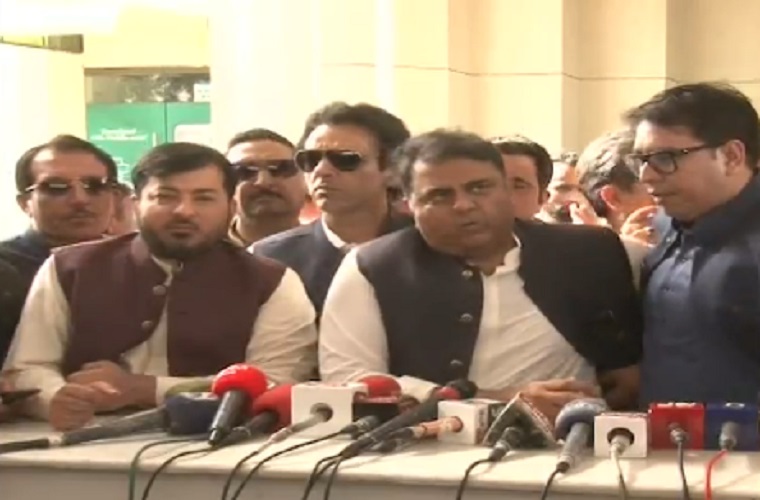 Islamabad- Former Federal Minister for Information Fawad Chaudhry has said that the decision of the Speaker is final and cannot be challenged in any court. The power of the Speaker in this regard is unlimited.

Talking to media, Fawad Chaudhry said that the Deputy Speaker made this decision with courage, the government is ours, Pakistan Tehreek-e-Insaf (PTI) is celebrating and their tears are coming.

He said that if there are so many lion cubs then let’s fight elections, elections are going to be held in the country within 90 days.

He also said that the power to dissolve the assembly belongs to the Prime Minister under Article 58, why is there a threat of martial law? Everything is happening according to the constitution.

It may be recalled that the President Dr. Arif Alvi dissolved the National Assembly.

PTI govt not making Azad Jammu and Kashmir a province of Pakistan: PM