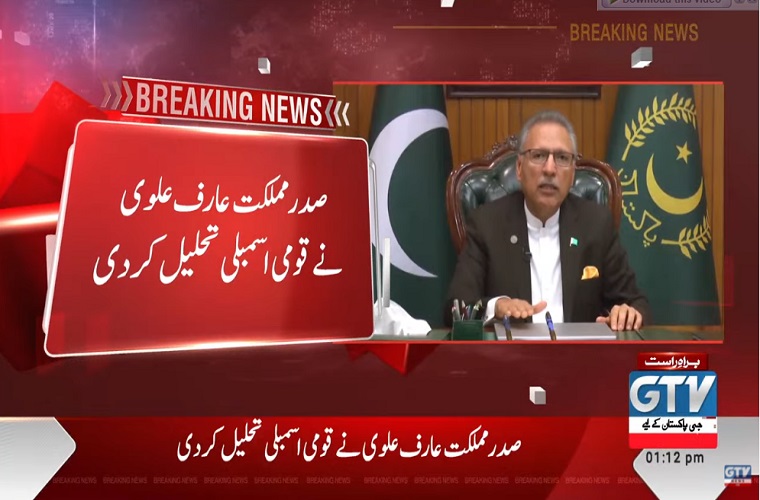 Islamabad-President Dr Arif Alvi on Sunday ordered the dissolution of the National Assembly on the advice of Prime Minister Imran Khan.

According to details, Prime Minister Imran Khan had advised President Arif Alvi to dissolve the assemblies, paving way for the holding of fresh choices in the country.
Before moment, Prime minister Imran Khan complimented the nation in his address following the Deputy Speaker of National Assembly Qasim Suri rejected the no- confidence stir against the PM.
The high minister in his short-televised address to the nation made an advertisement, soon after the National Assembly session was prorogated by the deputy speaker, rejecting the opposition’s drive for the no- trust stir as unconstitutional.