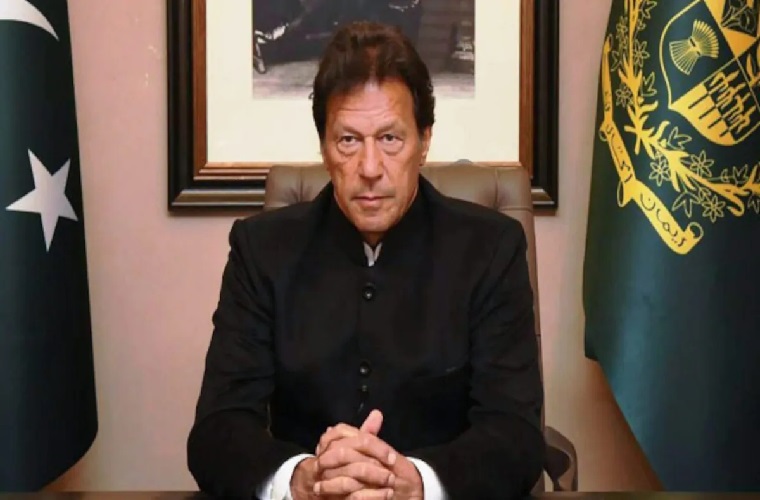 Islamabad-After successfully escaping the Opposition’s no-confidence stir citing a foreign conspiracy and ordering the chairman of the country to dissolve the National Assembly, PM Imran Khan talked to his party leaders and poked fun at the Opposition.

“The Opposition is still unfit to understand what happed moment,” the premier said while laughing.
PM Imran Khan continued” Last night, you all were trying not to horrify. The Opposition is oblivious to the situation right now. However, they wouldn’t have been shocked, If I had bared what I was about to do history.”
He said that during the meeting of the National Security Committee, which was attended by the army chief as well as the chiefs of all other services, the” threatening letter” that the minister of Pakistan had entered was produced.

“The meeting reviewed and batted on the letter, and it was concluded that the letter was, indeed, hanging,” he said.
Pertaining to the betrayers, the premier said that they used to hold meetings with the ministers of other countries on a regular base.
“What was their business talking to foreign diplomats?” the premier questioned.”The no-confidence stir was a foreign conspiracy. It was all connected.”
“I remind you all, cabana Nahi hai ( do not fear)”, the PM said.

PIA plane crashes in Karachi with passengers and crew members