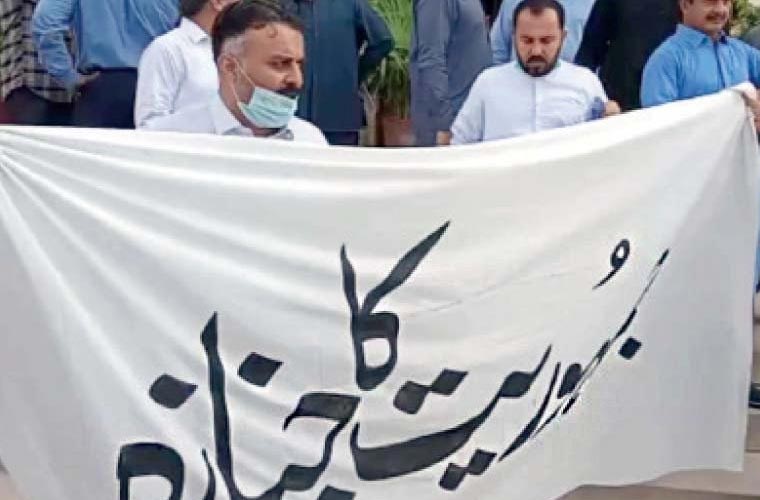 The field was decorated, well decorated, the bids were good, we moved towards the one who bid more. This is the standard of Pakistani politics, in this politics there is no principle but principle is the way to gain power or stay in power.

First of all, look at the history of Imran Khan, the claimant of justice, who was said to be the biggest thief of Punjab. He was made the Speaker and now they have agreed to make him the Chief Minister. He used to call forming a government with PML-Q and MQM as the biggest hypocrisy and then he spread this hypocrisy with his chest wide open. What did he say about Sheikh Rashid and he remained the Home Minister. They used to say that there would be no blackmail and now the details are being blackmailed by real blackmailers.

Similarly, what to say of an opposition party, an MNA who was nominated in a murder case suddenly appeared and all matters were settled. The family withdrew from the case and bail was granted. Whoever is at fault in this whole affair but timing is important and that is what is happening.

In this bath of Pakistani politics everyone is naked and the water coming in this bath is also dirty which after using it a person does not become pure but becomes more dirty. After bathing in this bath, dirty clothes are exchanged and worn. There is such a mess not only in this politics but also in this system.

You may be right but you have done a lot of immoral things. You pushed your people back and took those who were with the first ones who you said were thieves. What is the use of such a change, where you waited for 22 years and then did 5 more years, it was very possible that you would come to the government with an absolute majority and not be blackmailed.