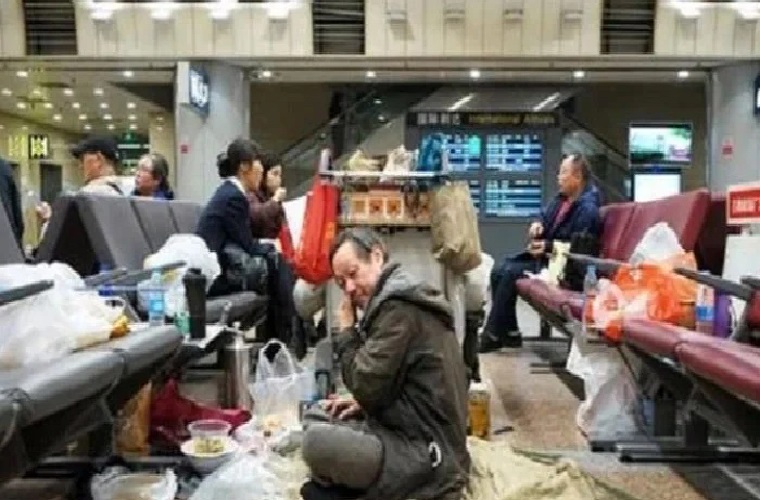 Beijing (Web Desk) -With the intervention of family members, the Chinese citizen made Beijing Airport his home, where he has been staying for 14 years.

A Chinese man, fed up with pressure from his family to quit smoking and drinking, left home and made his home in the waiting area of ​​Beijing’s international airport, where the man was staying. 14 years have passed.

The man, identified as Vijiango, is said to be in his late 60’s, was depressed at the end of his career and started smoking and drinking. Was between 40 and 45 years old.

However, when his family forbade him to drink and smoke, he left the house and moved here and made his bed in the waiting area of ​​the airport. In this modern airport he has all the basic facilities and here Not even a deterrent.

He says I don’t want to go home because I don’t have freedom there. The family says he has to give up the habit, otherwise I have to pay him my government allowance (equivalent to US 15 157). ۔

According to Vijayango, if I give them money, then where will I drink cigarettes and drink alcohol, so I decided to stay here.