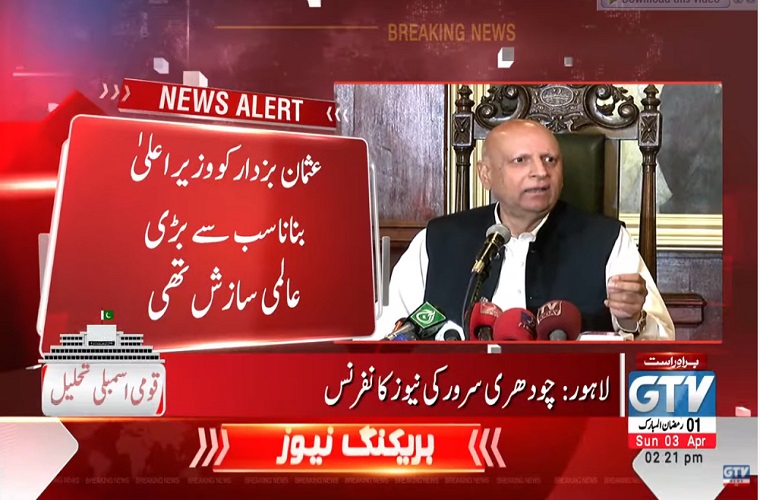 He said that Imran Khan did not like any of the 184 members.

He also said that I was being accused of double-playing. The Prime Minister said that the assembly should convene on April 3 anyway.

Chaudhry Sarwar said that I replied

Pakistan rejects Indian claim on arrest of militant at LoC