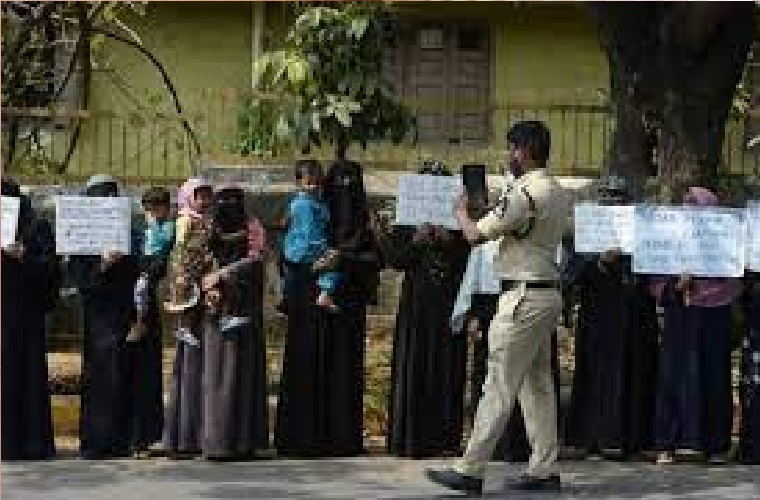 Karnataka – A 25-year-old understudy within the Karnataka state of India has been captured for purportedly posting a WhatsApp story in which she shared a Pakistan Day wish on March 23.

The lady, Kuthma Shiekh, posted a status on WhatsApp in Urdu that said: “Allah har mulk me ittihaad, aman, sukoon, ata farma maula [May God favor each country with peace, solidarity, and concordance]”, agreeing to Hindustan Times.
The police captured the understudy after Indian extremist Arun Kumar Bhajantri recorded a complaint against Kuthma, claiming that the lady was “aiming to arouse ethnic tensions” and requested to charge her with treason.
The lady was blamed of breaking Indian Corrective Code areas 153(A) “inciting contempt between bunches based on religion, race, or other characteristics” and 505(2) “inciting scorn between bunches based on religion, race, or other factors.”
The police captured Kuthman on Walk 24. Be that as it may, she was allowed safeguard the another day.

All parties in Afghanistan urged to reduce violence for peace talks