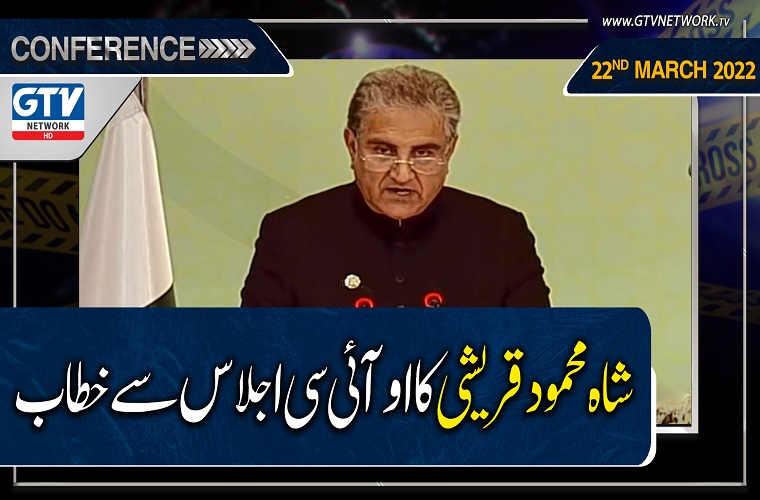 Islamabad -Pakistan has accepted the chairmanship of the 48th session of the OIC Council of Foreign Ministers as of now in advance at the parliament house in Islamabad.

The chairmanship was given over by Niger Foreign Minister Ibrahim Yacoubou. Foreign Minister Shah Mahmood Qureshi is chairing the session. In his opening comments, Qureshi encouraged the OIC to fashion a collective reaction to meet challenges confronted by the Muslim Ummah.
He said the OIC was the collective voice of about two billion Muslims. “It could be a bridge among the Muslim nations and the universal community. Advancing solidarity and participation inside the Muslim Ummah is one of the central columns of Pakistan’s remote policy,” he said including that Pakistan’s overarching objective as chairman of the 48th session of the OIC assembly should be to advance set the participation among the Muslim countries.
Insinuating to the circumstance in Palestine and Indian Illicitly Possessed Jammu and Kashmir, Shah Mahmood Qureshi said the Muslims of Palestine and the possessed Jammu and Kashmir were still reeling beneath oppression.
He said, “We must go past embracing resolutions and take concrete steps towards the changeless arrangements of these disputes.” The foreign minister said Pakistan wanted to advance fortify OIC’s part. He said Pakistan raised voice against Islamophobia. The technique to bargain with Islamophobia would be concocted by the OIC, he added. He moreover said that the worldwide peace was at stake since of pressure between the east and west.