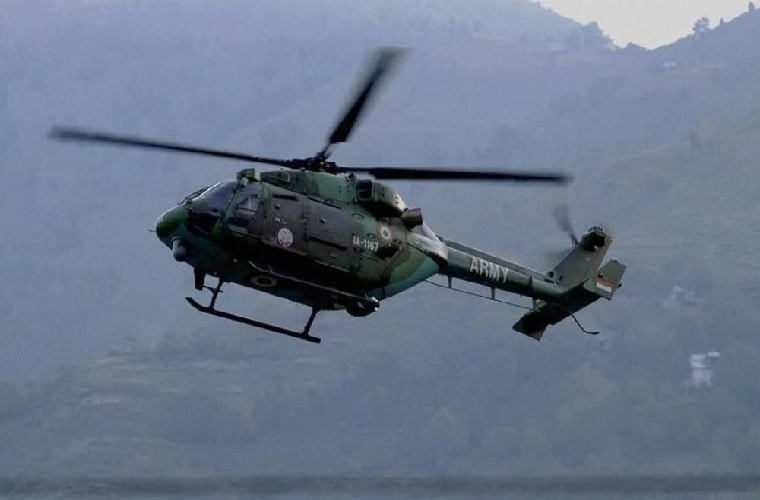 Srinagar: An Indian Army helicopter crashed in the Baraum area of the Gurez sector of Jammu and Kashmir on Friday.

As per reports, the crash happened near Gujran Nallah area of Tulail.“There has been no information whether the pilot and co-pilot, who were onboard at the time of crash, ejected safely or suffered casualty,” official said.
Reports suggest that the chopper crashed when it was en route on a mission to rescue an injured soldier in the Gurez area.
The helicopter crashed in north Kashmir’s along Line of Control (LAC), said sources.
A rescue operation has been launched and search parties were trying to reach the snow-bound area, the officials said.