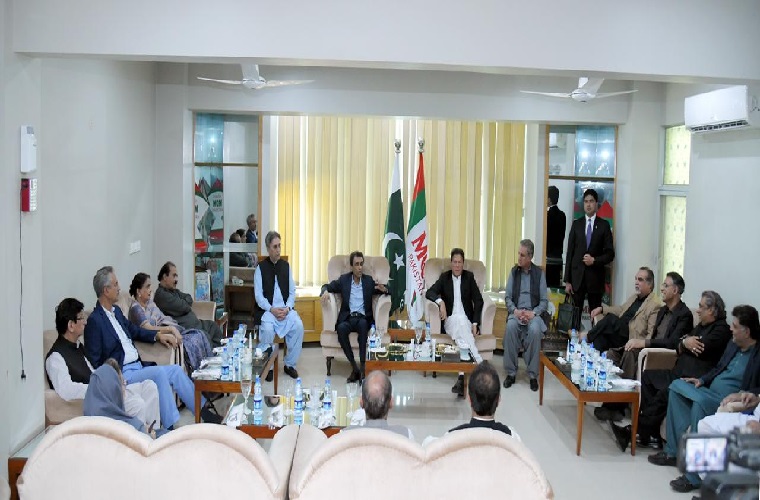 Karachi -Prime Minister Imran Khan arrived in Karachi on Wednesday, a day after the joint opposition submitted a no-confidence movement against him with the National Assembly Secretariat, and held a assembly with the authority of Muttahida Qaumi Movement-Pakistan (MQM-P), an partner of his government within the Centre.

The chief was gotten by PTI and MQM-P individuals upon his entry at the latter’s brief base camp in Bahadurabad. He was went with by Arranging Minister Asad Umar, Outside Minister Shah Mahmood Qureshi and Oceanic Issues Minister Ali Zaidi.
After his assembly with MQM-P pioneers, the head arrived at Sindh Representative House, where he is set to hold a assembly with the Terrific Equitable Organization together (GDA), another of his government’s ally.