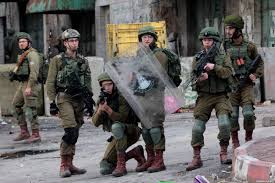 Ramallah (AFP) – Israeli forces in the occupied West Bank killed a Palestinian man and critically injured another on Tuesday in a raid on a refugee camp, the Palestinian health ministry said.

Israeli forces “opened fire on Jenin camp,” according to a statement from the Palestinian health ministry.

He was a former prisoner, Palestinian news agency Wafa said.

A second man was “critically wounded with live bullets to the head” and had been taken to hospital for treatment, Wafa said.

Last week, Israeli forces killed a 14-year-old Palestinian it said had been throwing Molotov cocktails near the city of Bethlehem.

Some 475,000 Jewish settlers live in the West Bank, alongside 2.9 million Palestinians, in settlements widely regarded as illegal under international law.